Paterson, of Altrincham, Greater Manchester, was granted bail and is due to be sentenced in May.

Given that this is April, it should say ‘next month’, not ‘May’.

After reading the intro, the average reader will be thinking: ‘Why will his footballing career be finished if he is banned for 18 months? Oh, he must be getting on a bit. So how old is he?’ But you have to wait until the fifth par to learn that he is 34. You should not leave the reader asking questions. In this case, all that is needed is to say in the second par ‘the 34-year-old Burnley midfielder’. 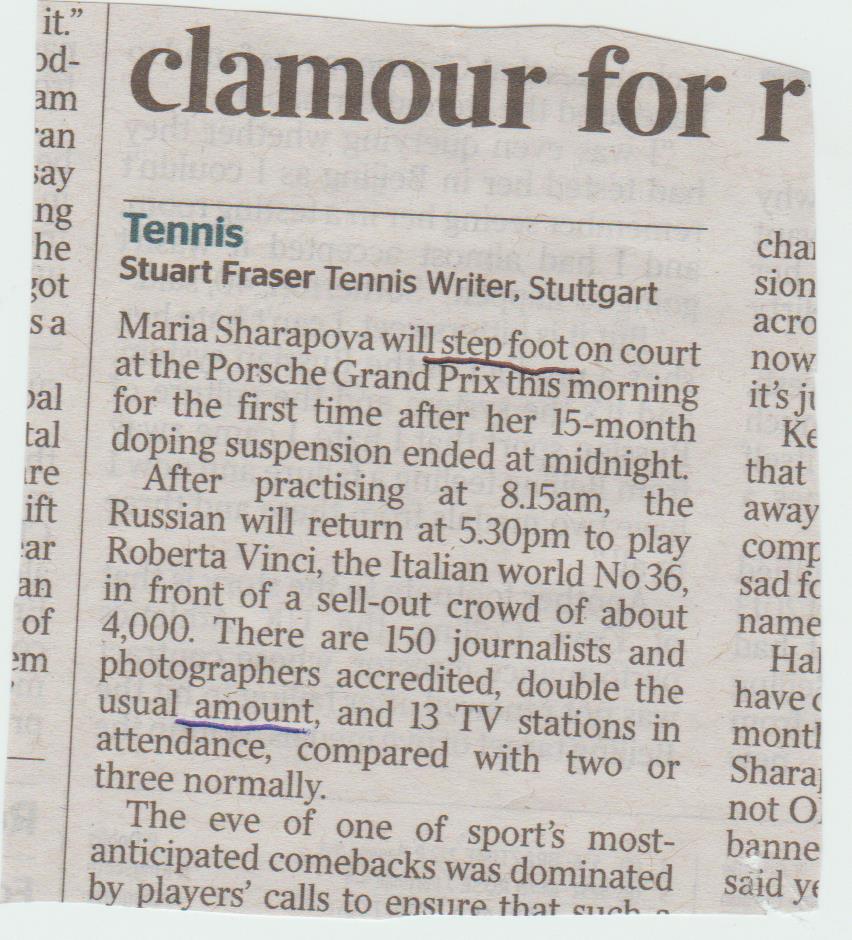 I have seen this odd expression a few times lately. You can either ‘set foot’ on something, or ‘step’ on to it. ‘Step foot’ is gibberish.

I don’t think you can have an ‘amount’ of photographers. The right word is ‘number’. 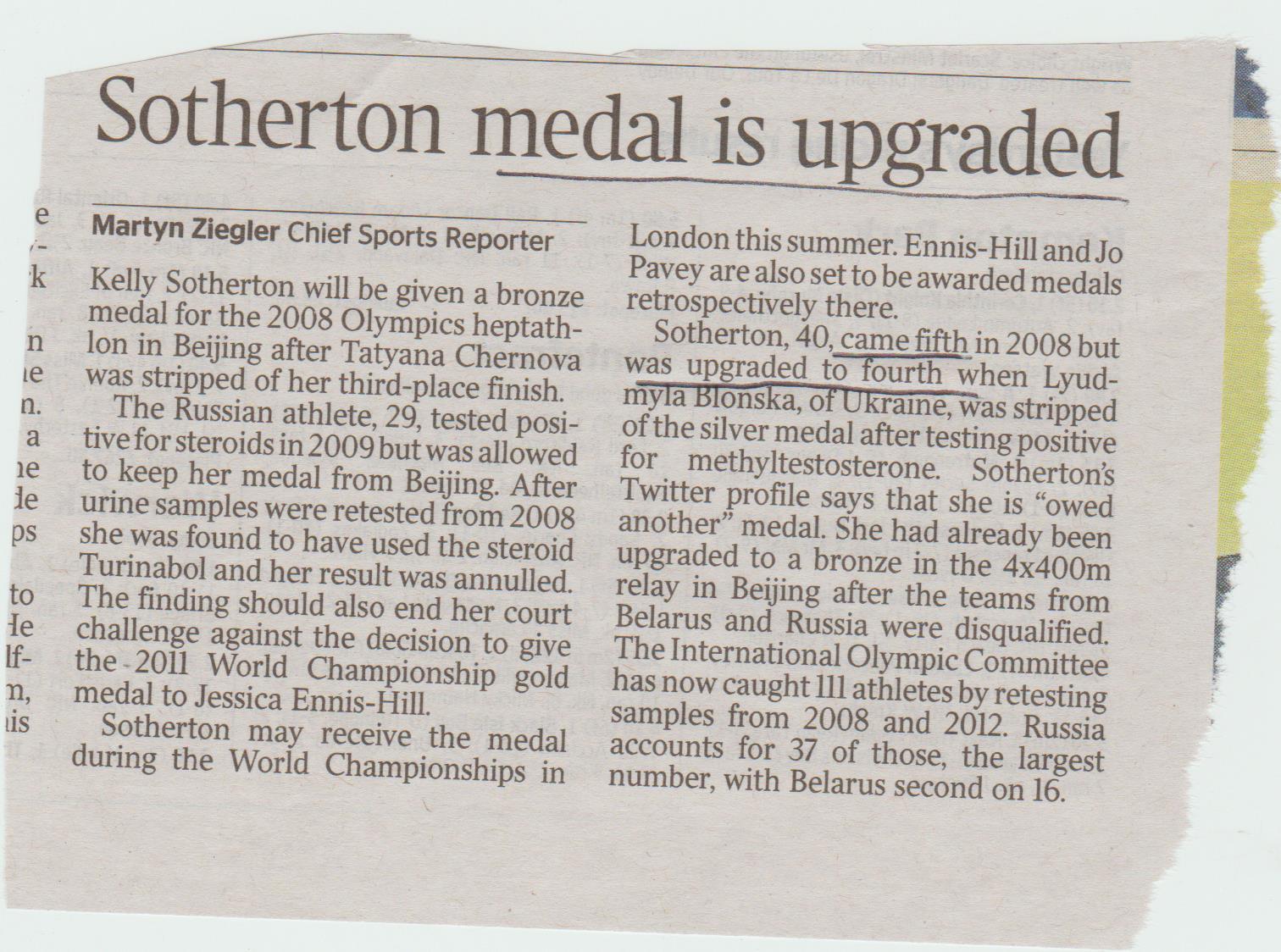 As far as I know, they don’t award medals for fourth place. The heading here should be 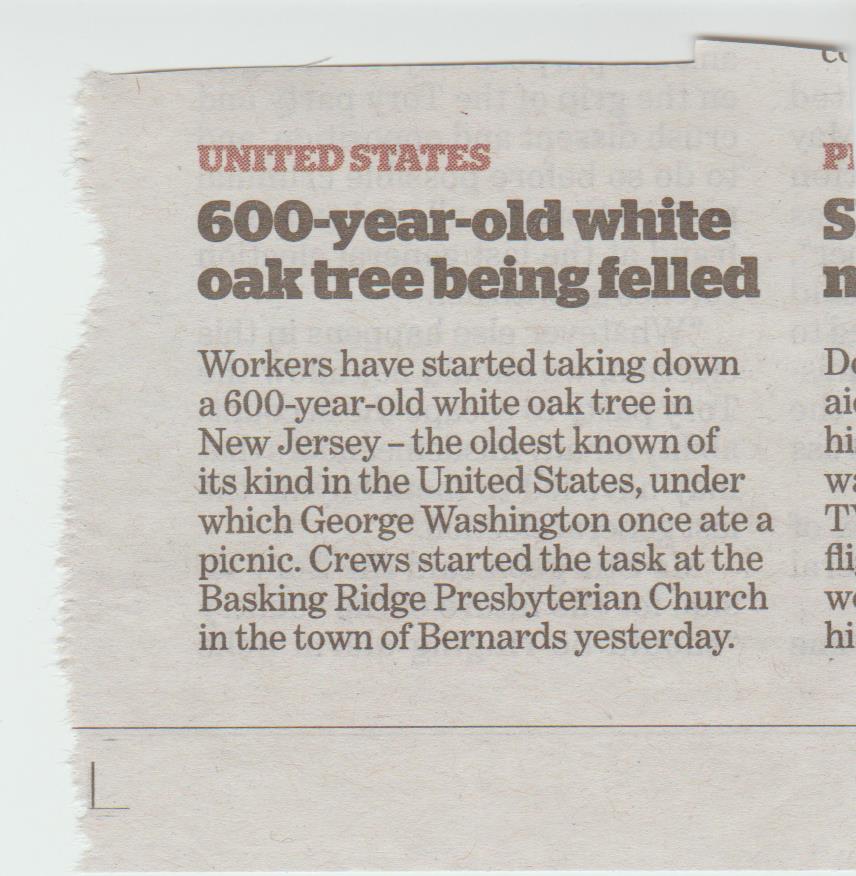 (48 words) The obvious unanswered question here is why are they felling it? It took a few seconds to find the answer: because it is dead. And isn’t the George Washington line more interesting than ‘Workers have started . . . ‘ or indeed ‘Crews started the task’? You can take it as read that a tree will be felled by workers. This is how I would do it:

A 600-year-old tree under which George Washington had a picnic is being felled. The white oak next to Basking Ridge Presbyterian church in Bernards, New Jersey, was declared dead last year. A 25ft sapling from one of its acorns is growing nearby. (44 words)

The heading is pedestrian. How about:

Farewell to the
Washington oak

In headlines, ‘as’ is a much-used but rather weary and feeble word. This heading would be much better turned round thus:

I think it looks odd to have a present tense caption with ‘last week’ or ‘yesterday’. You can easily get round it by making it ‘Theresa May firing the election starting gun last week’. 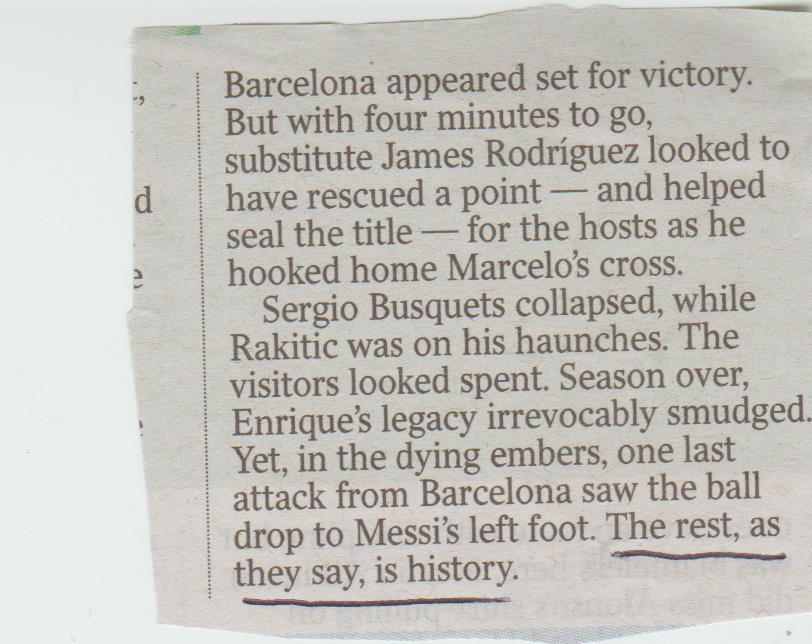 Yes, they certainly do say it, over and over again. This really is an unimaginative way to end a story. It is a pretty safe bet that if you find yourself writing ‘as they say’ you are about to repeat a cliche. 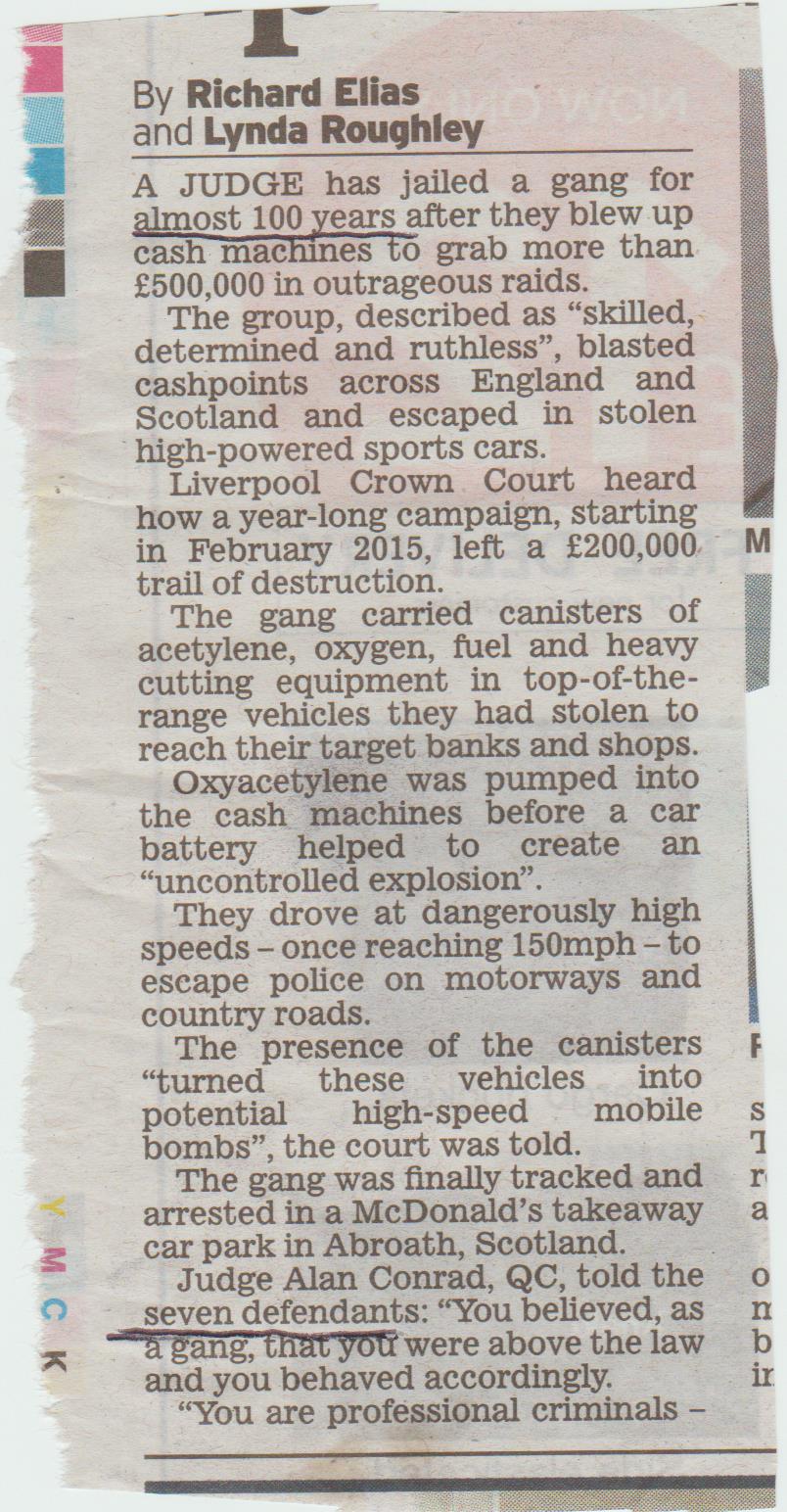 A total like this is meaningless. In this case we are not given the tools to do the mental arithmetic to obtain an average length of sentence (which would convey something) until the ninth paragraph, and even then it is not a simple sum.  This is how I would do it:

A gang who grabbed more than half a million pounds by blowing up cash machines have been jailed for up to 19 years each.

You don’t need to say ‘A judge has jailed . . .’ because that is the only way anyone is sent to prison. I wouldn’t put ‘in outrageous raids’ – to me, the intro speaks for itself. 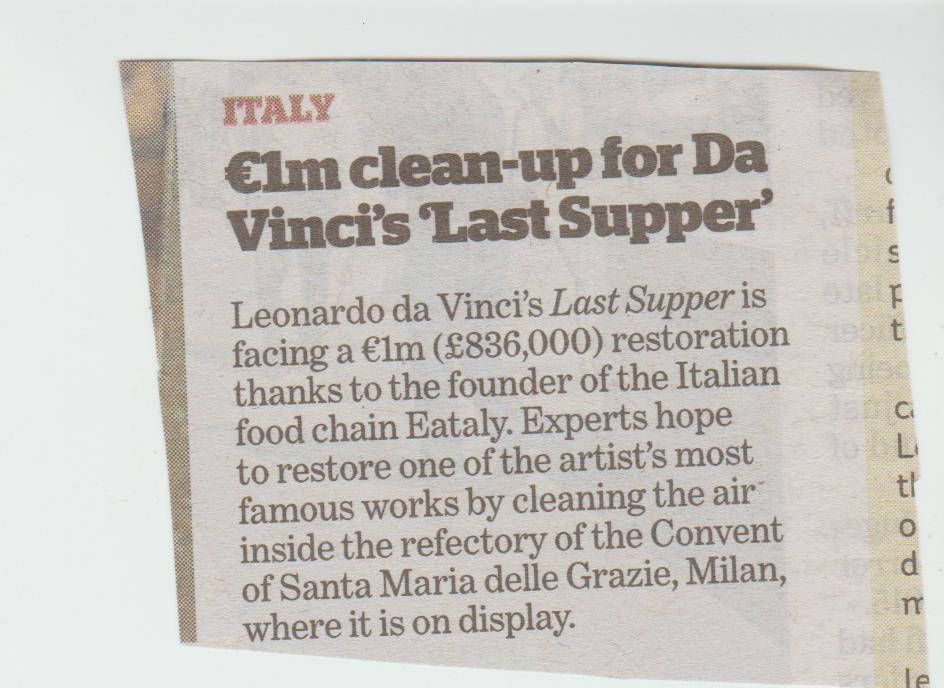 When I read this I wondered how ‘cleaning the air’ could ‘restore’ a painting, so I looked it up. It is not being ‘restored’, it is being preserved.

‘Facing’ has a suggestion of something bad about to happen, as in ‘Prisoner faces execution’, so it is not appropriate here.

The painter’s name is Leonardo; da Vinci means ‘from Vinci’ so you don’t cap it (The Da Vinci Code notwithstanding) and you refer to Leonardo in second and subsequent references.

The Italian restaurant chain Eataly is hoping to preserve Leonardo da Vinci’s The Last Supper by installing an £800,000 air conditioning system in the refectory of the Convent of Santa Maria delle Grazia in Milan, where the late 15th century mural is on display. This should stop microscopic particles of paint flaking off. (51 words)

This adds the date of the painting, the fact that it is a mural, and how the rescue attempt will work. I don’t think you need to give the sum of money in euros, and you certainly don’t need the phrase ‘one of the artist’s most famous works’.

For the heading I would do:

Restaurant chain to
save The Last Supper