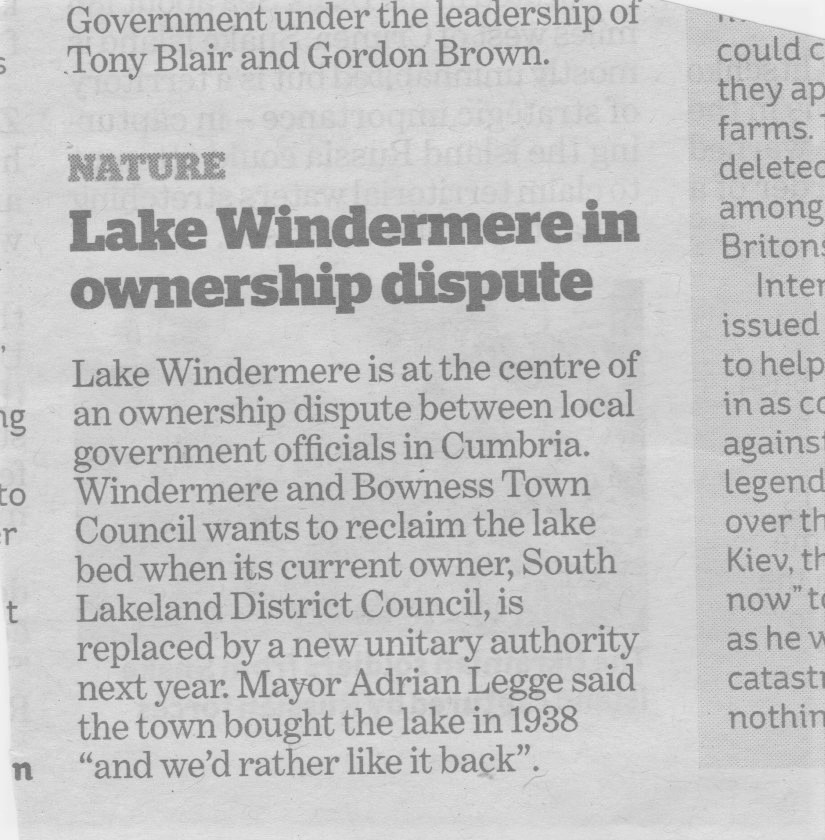 1. ‘gets’ is a horrible word for which there is always an alternative;
2. the moon does not have a cap: it is not a name, just a noun;
3. ‘keep track of’ is clumsy;
4. ‘writes’ and ‘writer’ within five words shows that zero thought has gone into this. It is amateurish.

As an old rocket booster heads for
a crash on the moon next month,
i’s new science writer Tom Chivers
looks at the problem of space debris

This has the advantage of containing ‘i’s new science writer Tom Chivers‘ on one line instead of splitting it over two, which is desirable. If this means the byline picture has to go elsewhere, so be it – the words and the ease of reading must take precedence over the design. 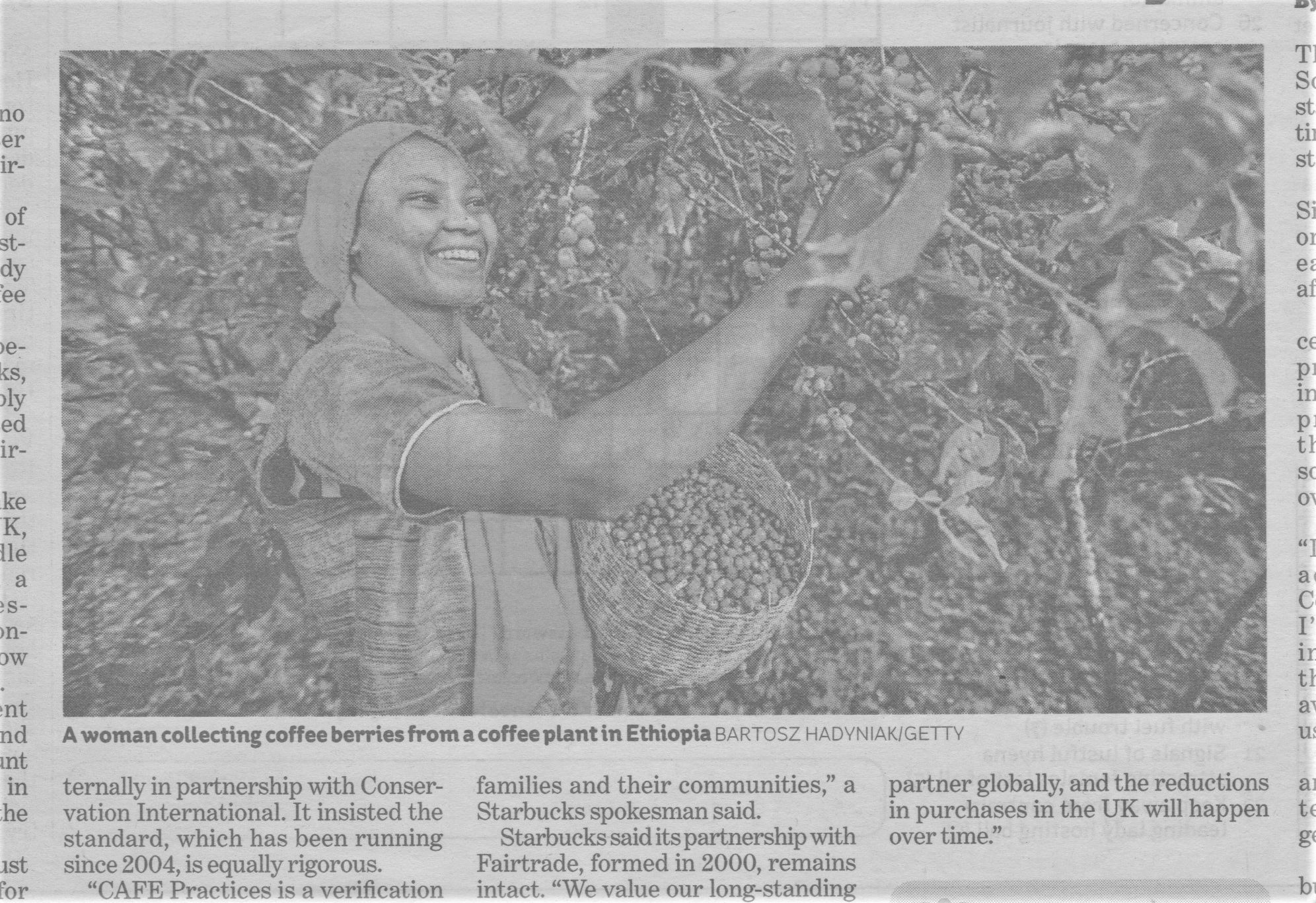 Frankly no caption at all would be better than this pathetic effort, from the team that brought you #546. You have got to do better than putting what the reader can see, and it is not necessary in my opinion to point out that coffee beans grow on a coffee plant.

I don’t think you need to say it is Ethopia, but I suppose you can if you want. This would be my suggestion based on the copy:

Coffee harvest [in Ethiopia, if you wish]: Starbucks are switching from Fairtrade to another certification scheme which the firm says is equally rigorous (I estimate this will fit and not leave an acre of white space.) 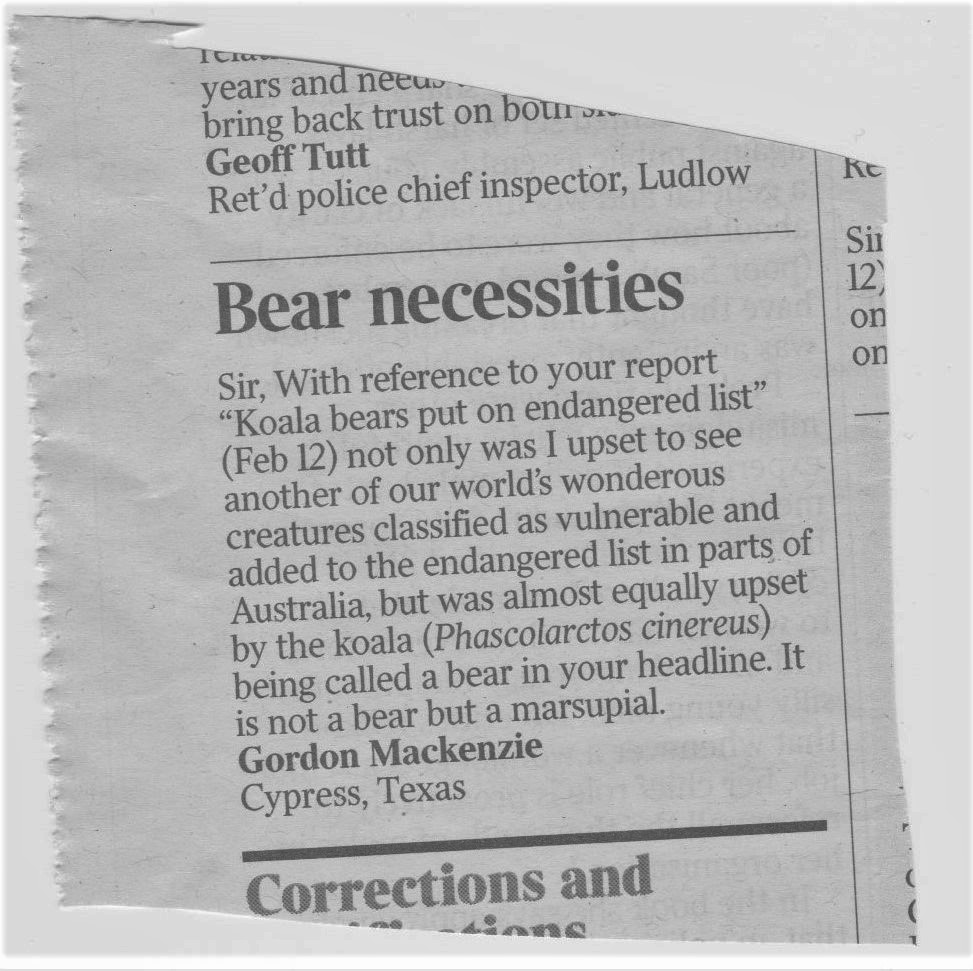 First, the original error in referring to a koala ‘bear’. This was one of the first things I learned as a sub, but presumably there are several ‘journalists’ at the Times who think it is correct.

Second, the letter writer says: ‘It is not a bear but a marsupial’. He has not got equal tiers in the natural tree. Both bears and koalas are mammals, a class which is divided into three  sub-divisions. Two of these are placentalia, which include bears, and marsupialia, which include koalas. So the writer should have said: ‘It is not a placental mammal but a marsupial’. I am sure some readers will think this is hairsplitting, but it isn’t. If you are going to show off about your knowledge you need to get it right. This is the first reason I would not have used this letter.

The second reason is that the writer has mis-spelled ‘wondrous’ as ‘wonderous’. If I had been editing the letters I might have corrected the spelling to save the writer’s blushes, but more likely would have spiked it.

So, to the heading. I can tell you exactly what went through the sub’s mind: ‘Bear, bear, what can I think of to do with bears? Bearing up? Bear-faced? No, I think that is a different spelling, though I’m not sure. Can’t be bothered to look it up though. Bear with me? Hmm . . . Bear necessities! Yes! Nothing to do with the letter but it will do fine!’