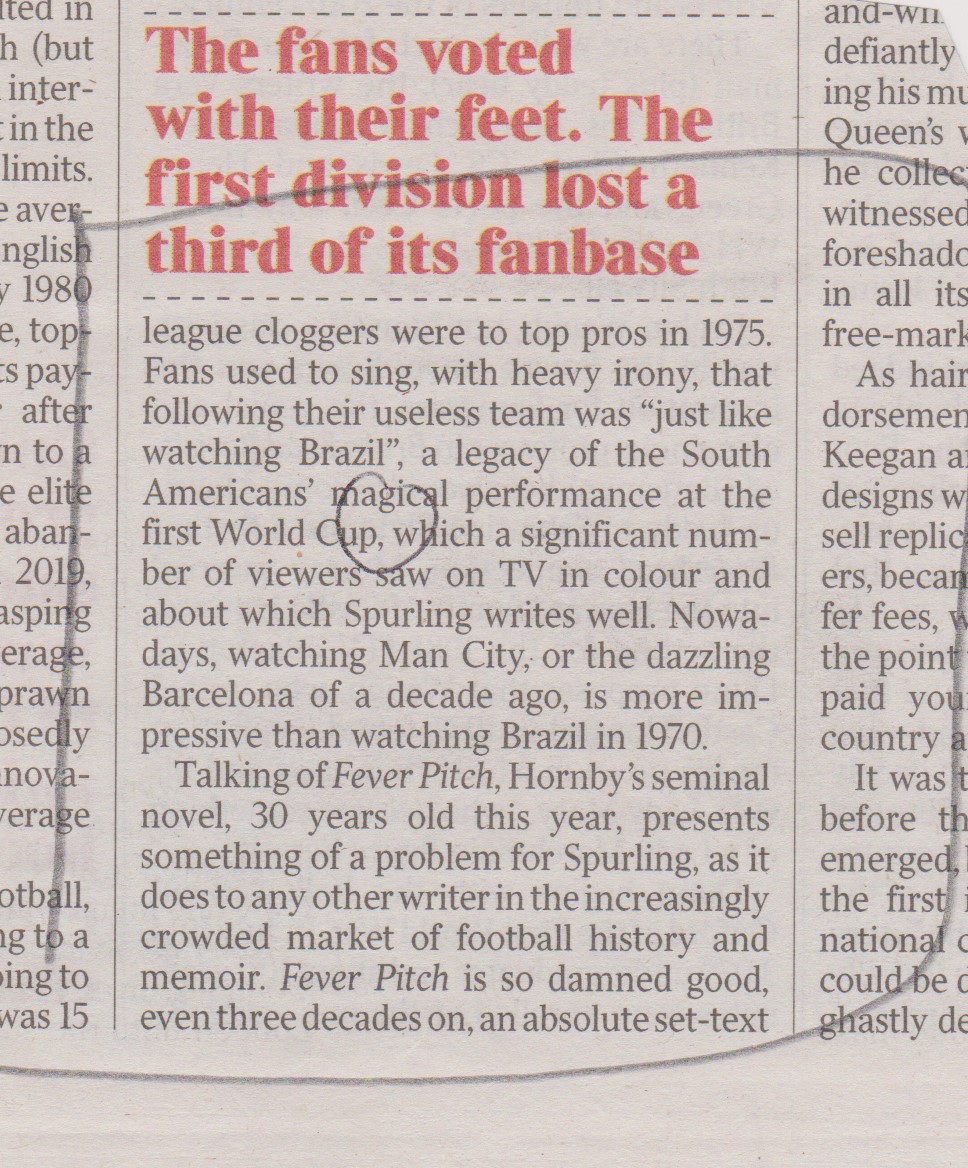 This is a good example of the misuse of a comma which has changed the meaning of the sentence and made it incorrect. The first World Cup was in 1930 but the comma makes it look as if it was in 1970.

This is part of my Style Matters entry:

If you are describing one individual, you would need commas in a sentence such as ‘The Queen, who visited Canterbury yesterday, was greeted by . . .’ [That would be the right format if you were talking about the first World Cup in 1930, ie one event.] However if you are describing one of several individuals, you should not use commas, eg ‘the sub-editor who changed that copy is a genius’. [This is the format you want in this example, where you are picking out one event from several.]