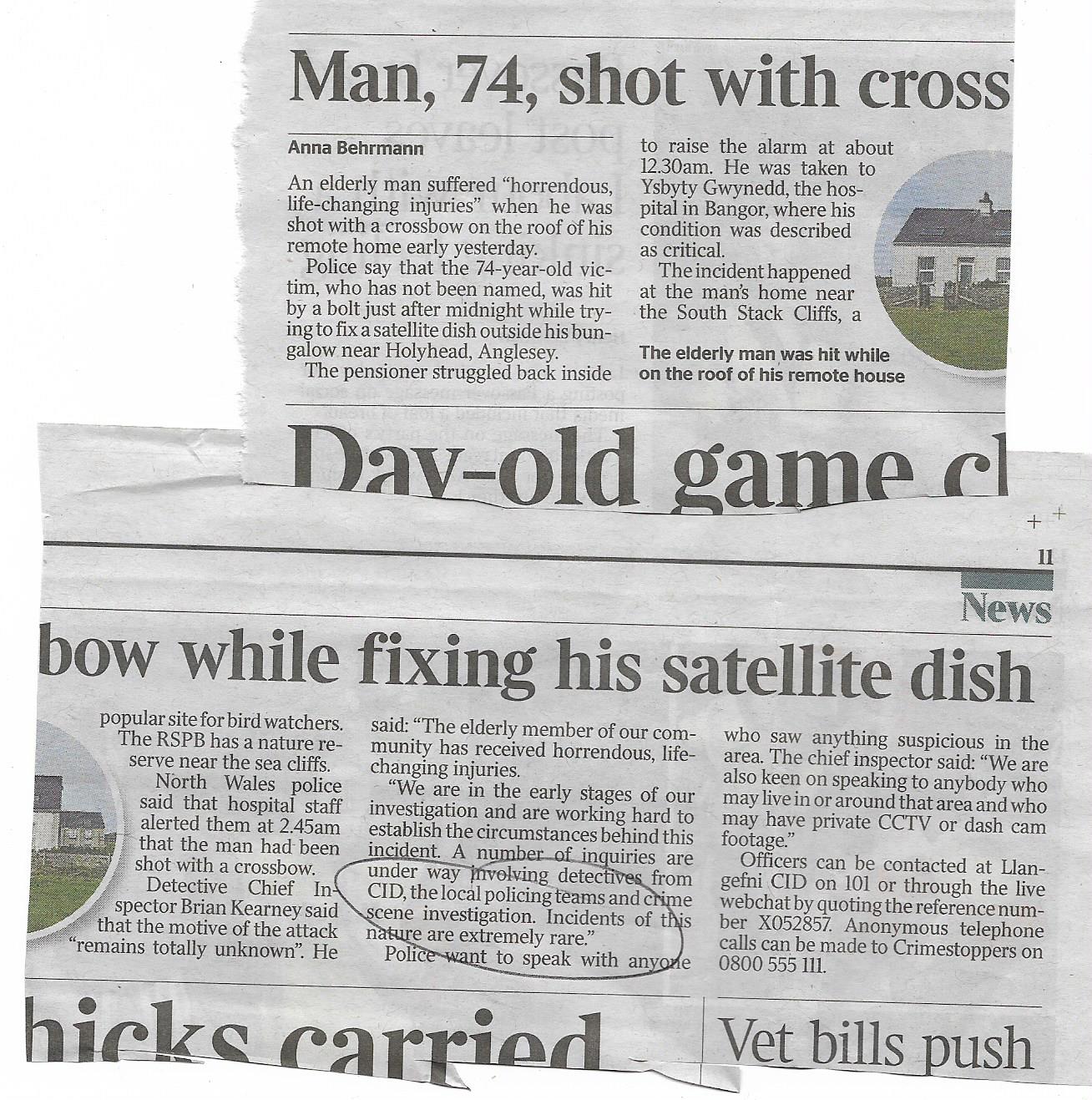 Rare?! I am willing to bet that there has never been a previous case of a pensioner on his roof in the early hours being shot with a crossbow. Even if the police (or others) say stupid things, it is a kindness to save them from themselves by not using them. 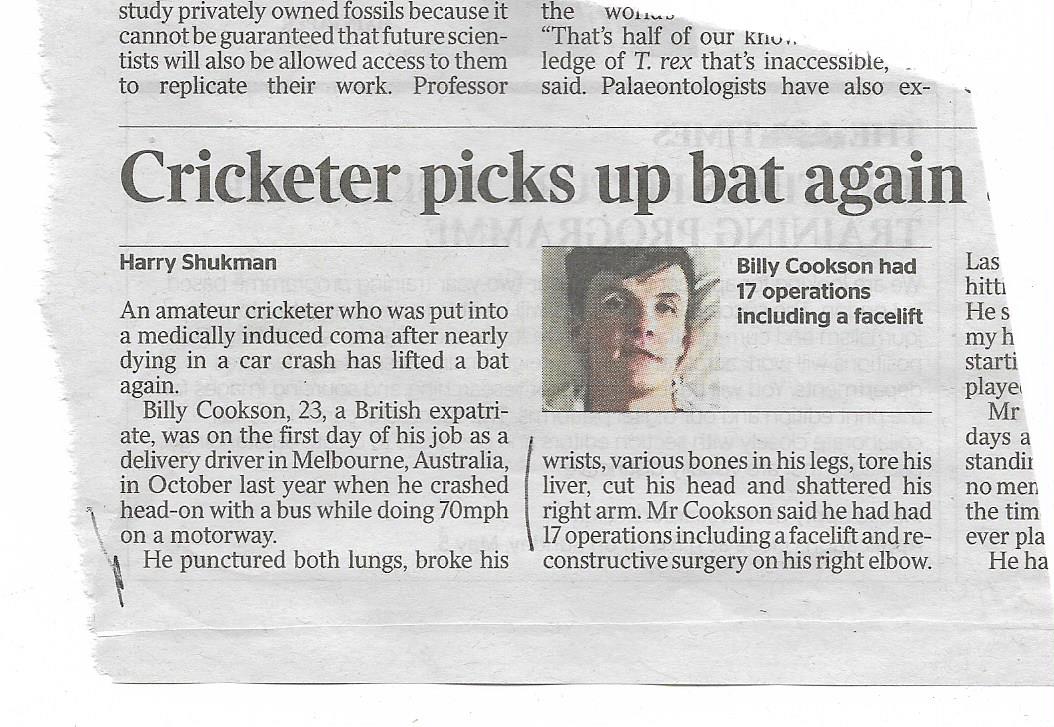 What a peculiar way to express this, as if he had inflicted all these injuries on himself.

The way to do it is:

Since the story is about a cricketer who is hoping to play again, the interesting injuries are the ones which could affect his playing ability and so should go at the top of the list.

For the nth time, ‘defend’ in this context simply means that the player is taking part in an event which she won last time. It does not imply a result one way or the other. To convey that Muguruza won, this should say that she ‘retains’ the title or ‘successfully defends’ it.

A reader writes: I am a regular listener to sports broadcasts on BBC Radio 5 Live. I am irritated that the presenters consistently talk about ‘commentary of’ matches, as in ‘we have commentary of Spurs v Crystal Palace’.

For me, this has the quality of a verbal tic, which interrupts and disturbs the broadcast.

I can find no precedent for saying ‘commentary of’ an event. The OED refers to the 1970 BBC Handbook which says ‘Radio 2 . . . carries commentaries on major sporting events of all kinds’.

The OED does refer to ‘commentaries of’, but only in the instance of Dickens  in Our Mutual Friend, ‘Mortimer laughed again, with his usual commentaries of “How can you be so ridiculous, Eugene!” and “What an absurd fellow you are!”,’ in which the author is referring to the remarks, not something that is being commentated on.

My nasty suspicion is that this is an obsession of some senior executive, inflicted on both unfortunate broadcasters and listeners.

Am I right to be irritated?

My reply: You are certainly right to be irritated. ‘Commentary of’ in this context is not English but gibberish. I would not be at surprised to hear that some ‘senior’ executive, which no doubt means a person aged about 22, has a bee in his or her bonnet. It reminds me of an occasion at the Daily Mail when the then deputy editor insisted that ‘he has another think coming’ was ‘another thing coming’, and forced it into a leader against all protests. Once such people get one of these wrong ideas into their heads, it is the devil’s own job to make them see sense, so I fear you are doomed to irritation for the foreseeable future.