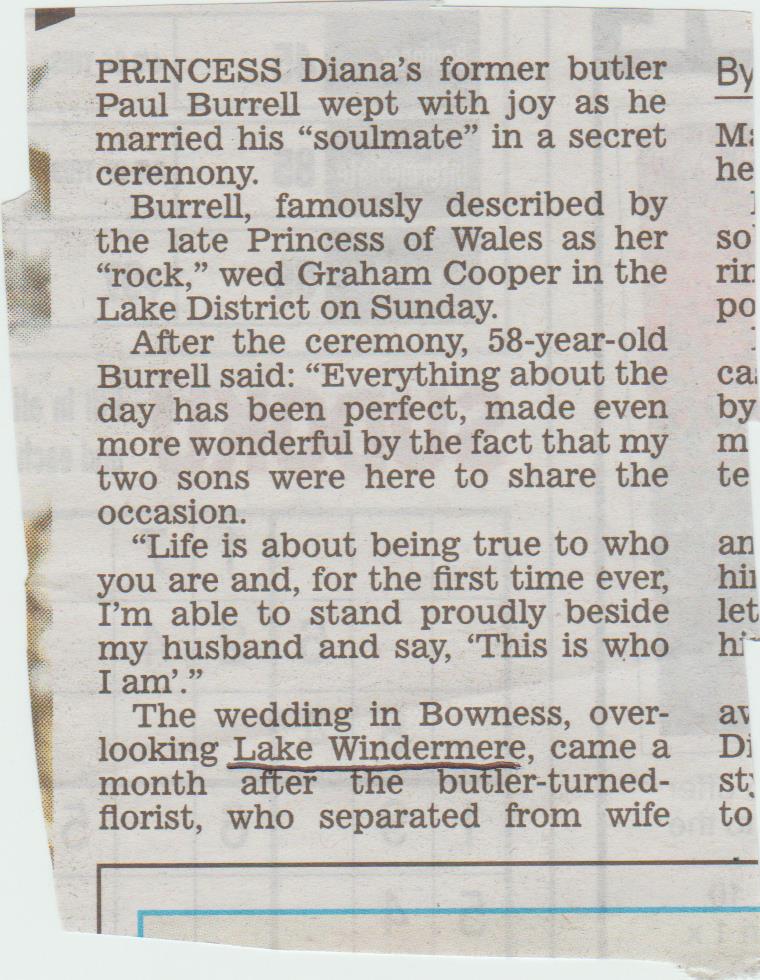 Incidentally, how ‘secret’ is a wedding at which pictures are taken by a news agency? (I did not cut the picture out.) 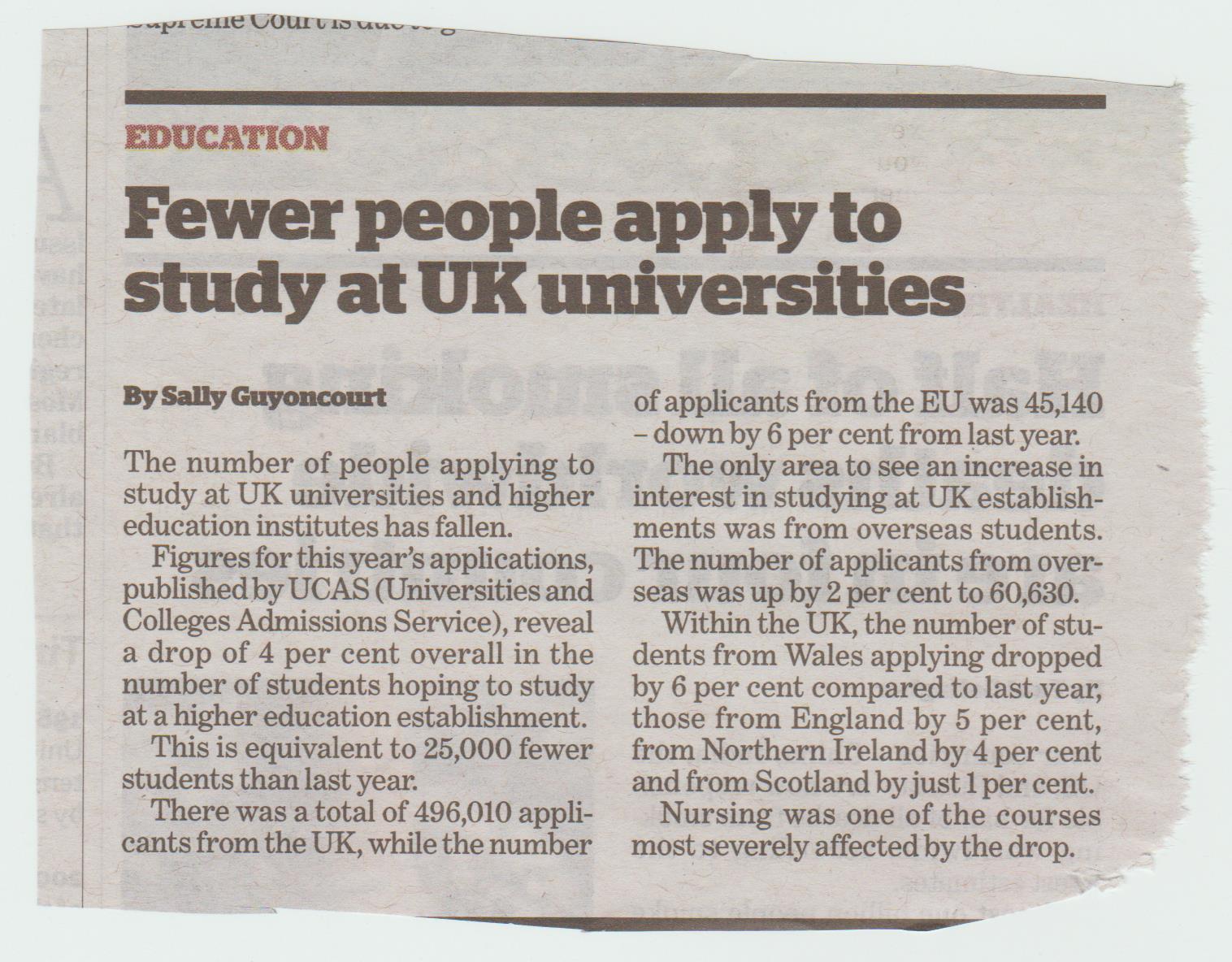 The word ‘people’ is rarely necessary. Who or what else would apply to university? Giraffes? Zombies?

The intro could be

The number of applications to study at UK universities and higher education institutes has fallen.

Applications to study at UK universities and higher education institutes have fallen.

Drop in applications to
study at UK universities

which would be a better shape, too. 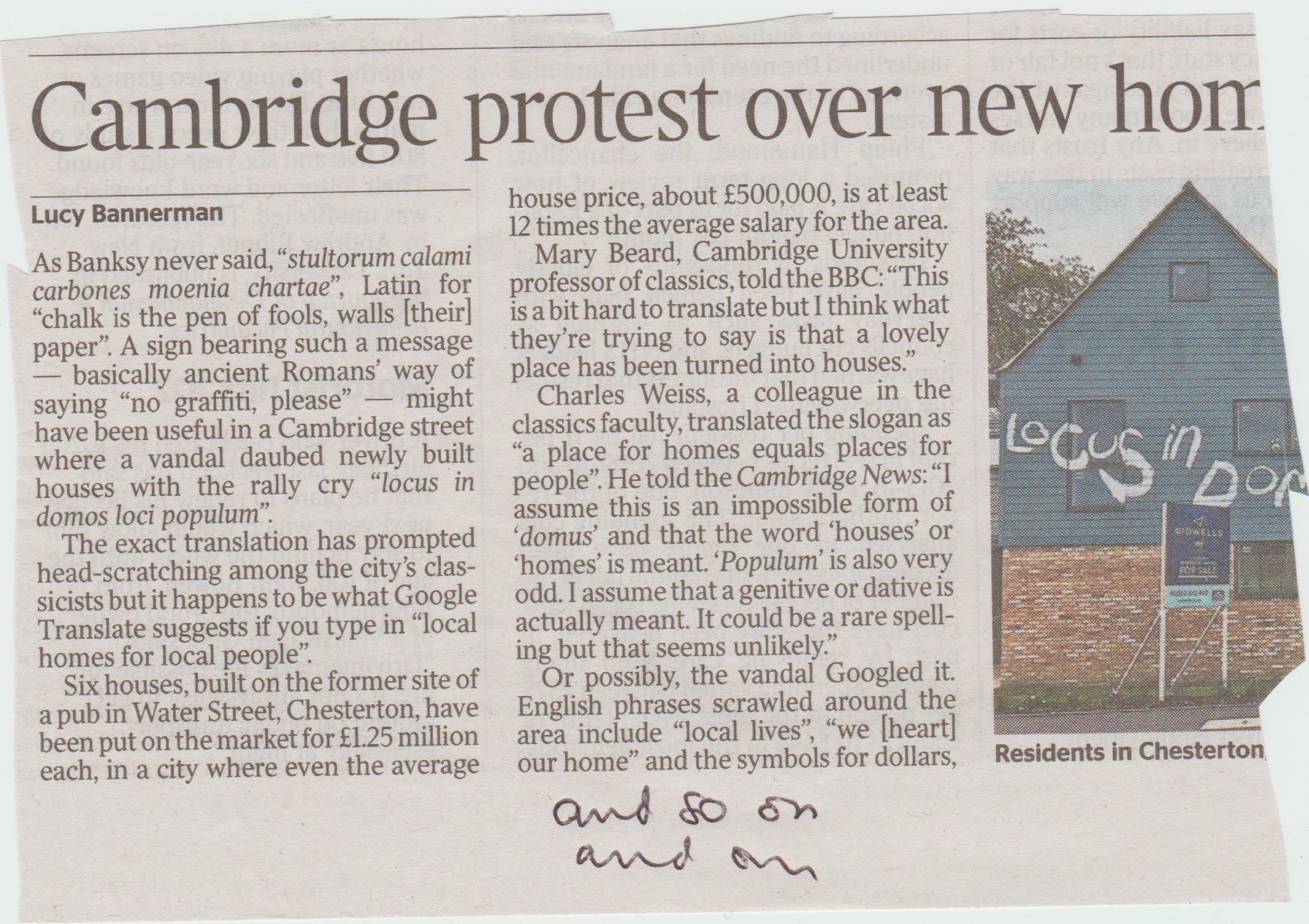 This is a worthy candidate for worst intro of all time. It is too bad to analyse. The story then drivels on about the meaning of the Latin words when it should be about the protest.

This is the way to do it: 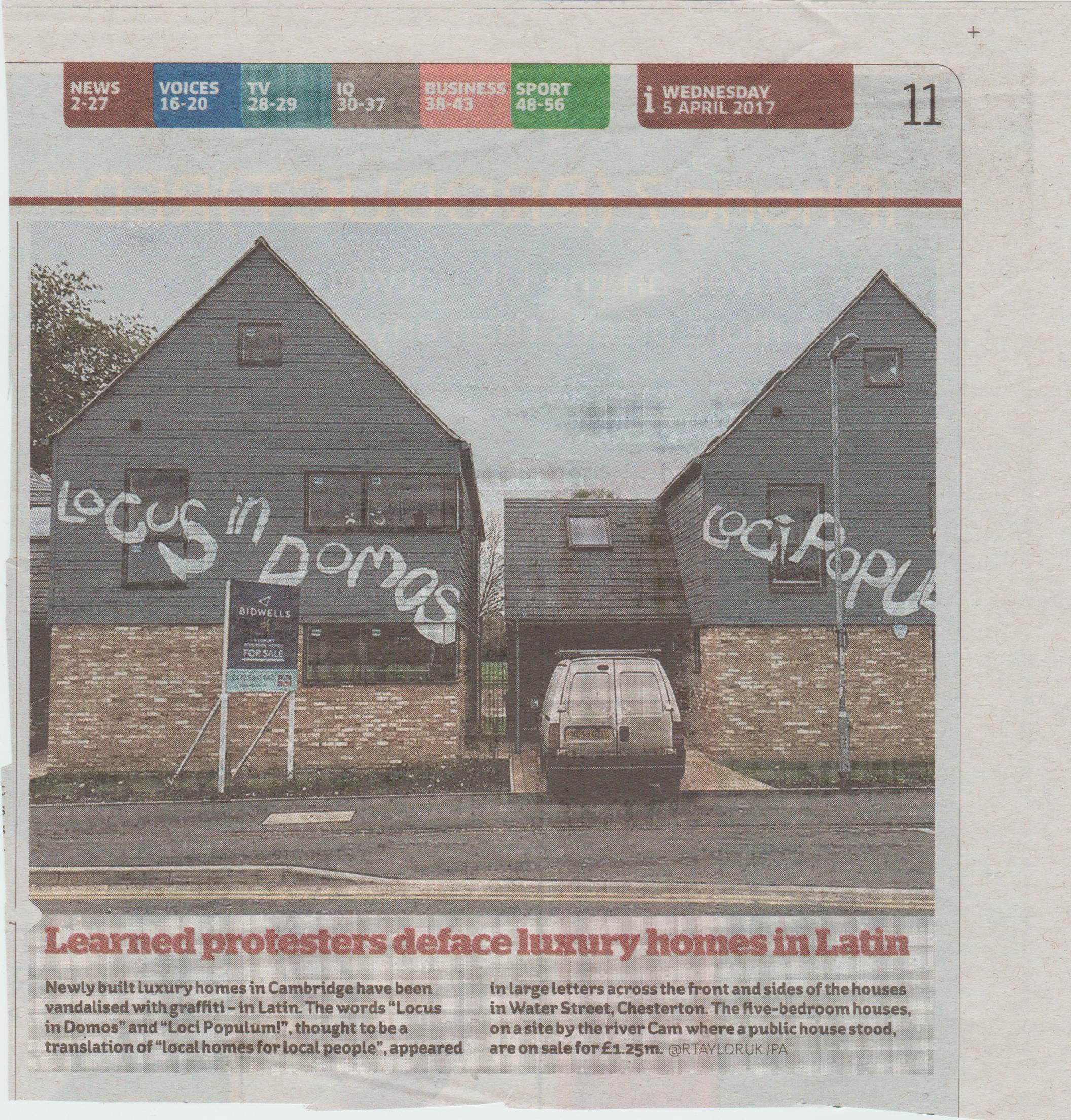 It would be hard to improve this. 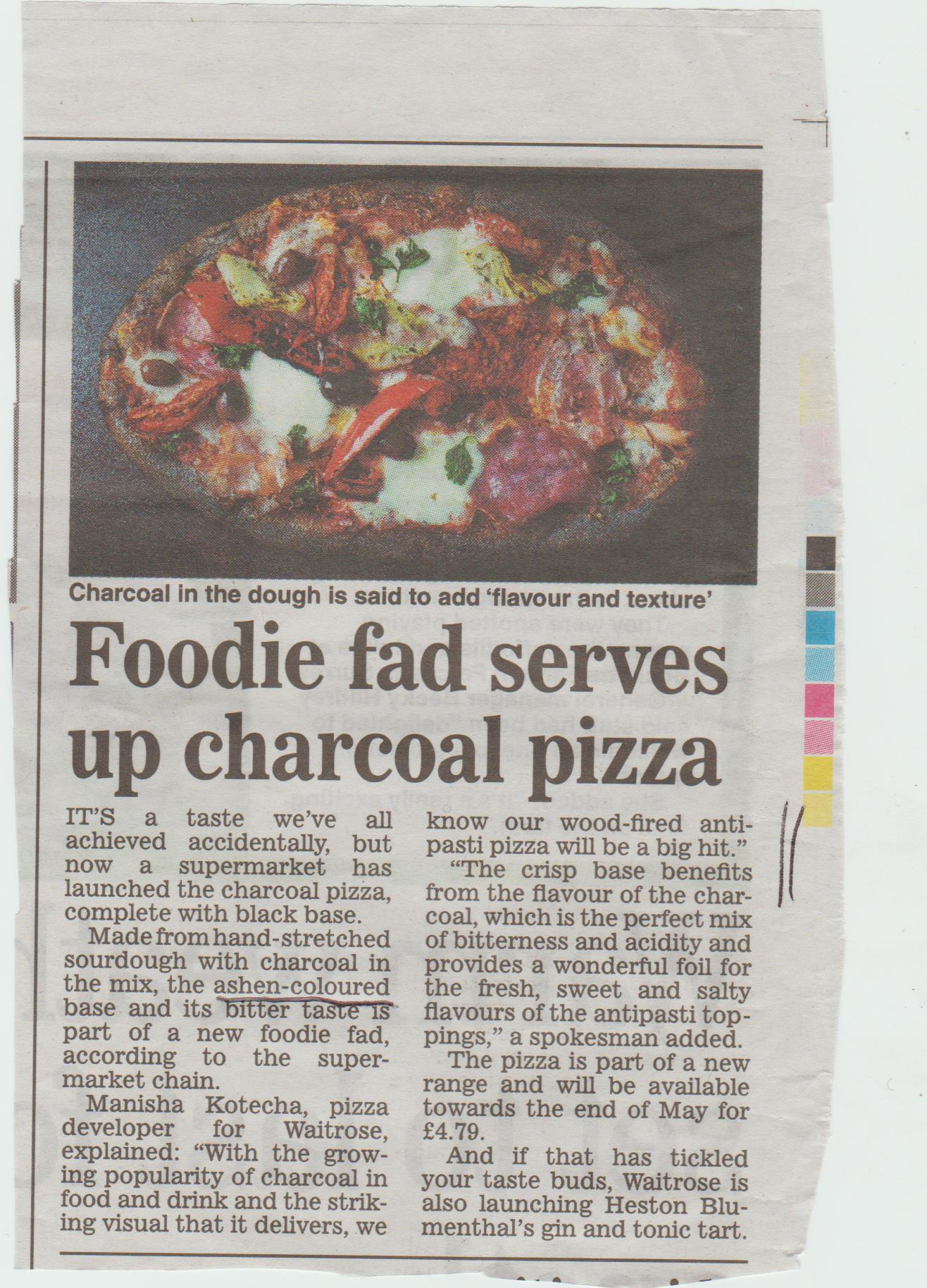 ‘Ashen’ is the adjective for something the colour of ash. So this means ‘ash-colour-coloured’. In any case we have already been told that the pizza base is black, so this is needless repetition. I would delete the words ‘the ashen-coloured base and’. This gives you a reasonable sentence.

The repetition of ‘taste’ in the first two pars could be avoided by using ‘flavour’.

Later, you cannot end one quote and start another in this way. It looks like an error, as if the quotes have wrongly been closed after the first paragraph. The way to do it is to end the first quote and start the next paragraph with ‘A Waitrose spokesman added:  . . .’

This would give you:

IT’S a taste we’ve all achieved accidentally, but now a supermarket has launched the charcoal pizza, complete with black base.

Made from hand-stretched sourdough with charcoal in the mix, its bitter flavour is part of a new foodie fad, according to Waitrose.

Manisha Kotecha, the chain’s pizza developer, explained: “With the growing popularity of charcoal in food and drink, and the striking visual that it delivers, we know our wood-fired anti-pasti pizza will be a big hit.”

A Waitrose spokesman added: “The crisp base [take in the rest].

The heading is dreadful. How can a fad serve up anything?

is exactly the same character count, and it makes sense.

She also takes home £940,000 in prize money in claiming what was her third WTA Tour success from a fourth final.

The words ‘what was’ are ugly and unnecessary. Delete them and you get

She also takes home £940,000 in prize money in claiming her third WTA Tour success from a fourth final.

which is so much better. 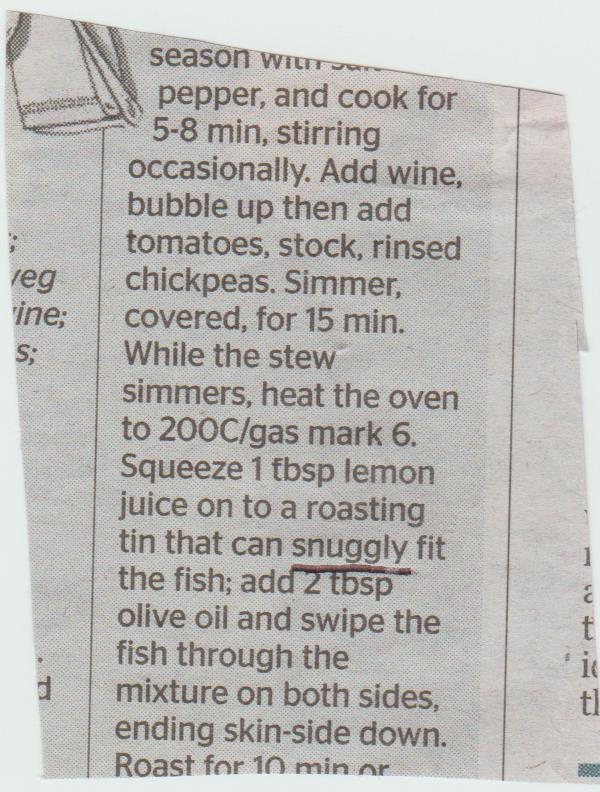 ‘Snuggly’ is a childish adjective derived from the verb ‘to snuggle’. The word that is wanted here is ‘snugly’, an adverb derived from the adjective ‘snug’, meaning in this context ‘close’, ie a close fit. The wretched ‘snuggly’ is a favourite word at the Times: see post #52. I don’t see it having any place in a serious newspaper.