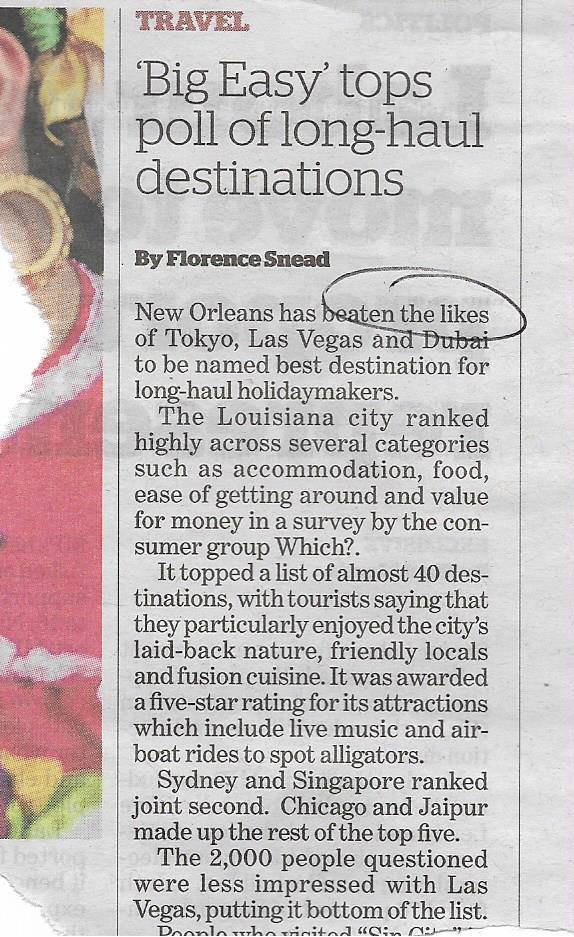 I honestly cannot think of an occasion when you need ‘the likes of’. What city is like Tokyo? Or Las Vegas? Or Dubai? Delete it. 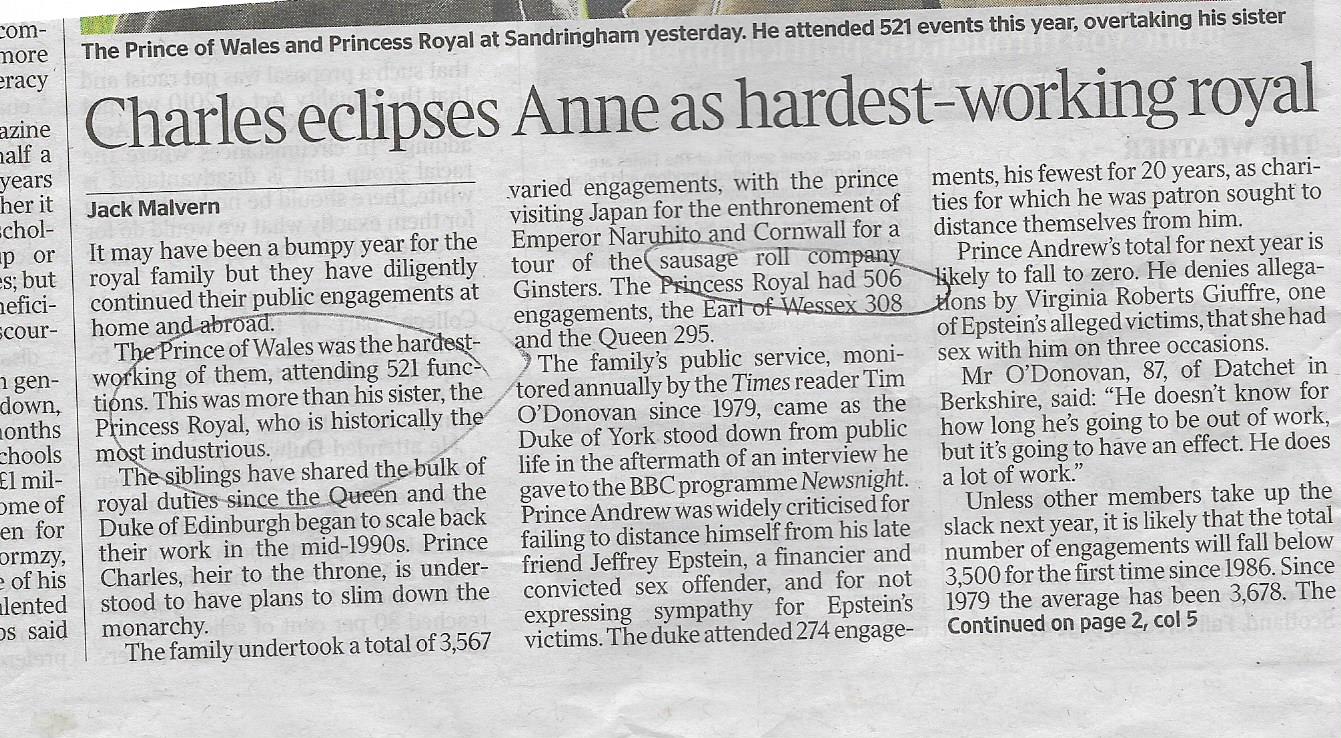 This is an example of the lack of curiosity that I feel infects today’s subs. As a reader, I see the words: ‘The Prince of Wales was the hardest-working, attending 521 functions. This was more than his sister, the Princess Royal, who is historically the most industrious’ and I think: ‘Hmm, that’s interesting, I wonder how many more?’ I have to wait for two more paragraphs and into the second leg before I am told that Anne carried out 506 engagements. I then have to subtract 506 from 521 to come up with the answer: 15. I find this irritating.

The sub should always imagine being the reader and predict what the reader is going to want to know next. The sub should also never make the reader do mental arithmetic. In this case, the second paragraph should have read: ‘The Prince of Wales was the hardest-working, attending 521 functions. This was 15 more than his sister, the Princess Royal, who is historically the most industrious. Her 2019 total was 506.’

I question whether 15 engagements in a tally of more than 500 constitutes an ‘eclipse’. Granted, eclipses can be partial, but the average reader will envisage a total eclipse, which is far from what the story says. A better word would be ‘replaces’.

The word ‘local’ is nearly always superfluous, eg ‘He took the dog to a local vet’ (not a vet 200 miles away). This is a particularly egregious example. Local to what? Delete it. Incidentally, I would say ‘passers-by’ with a hyphen. 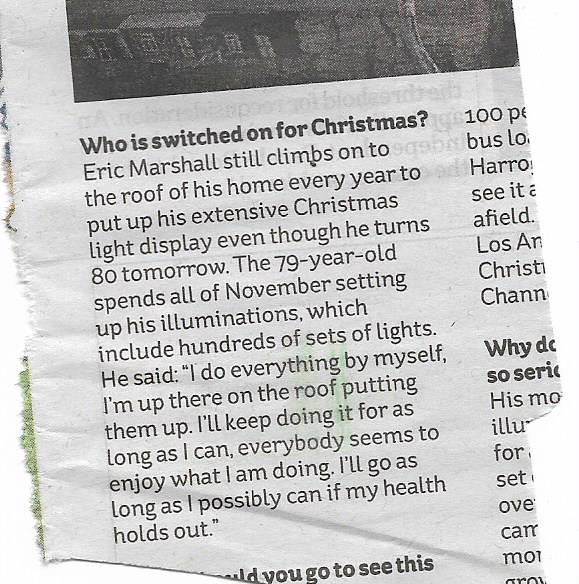 This is clumsy. You should not make the reader wait so long for the surprise: that he is nearly 80. Having said that he is ’80 tomorrow’, you really do not need to say that he is 79 today.

Improving it is simple.

Second sentence:  He spends all of November . . .

Extraordinary. Phillip correctly spelled with two ls (not often achieved) yet ‘coiffing’ instead of ‘quaffing’.

1. ‘Coiffing’ is to do with hairdressing.

2. ‘Quaffing’ is an old-fashioned word on the lines of toff, cad and flame-haired as I mentioned in my previous post. 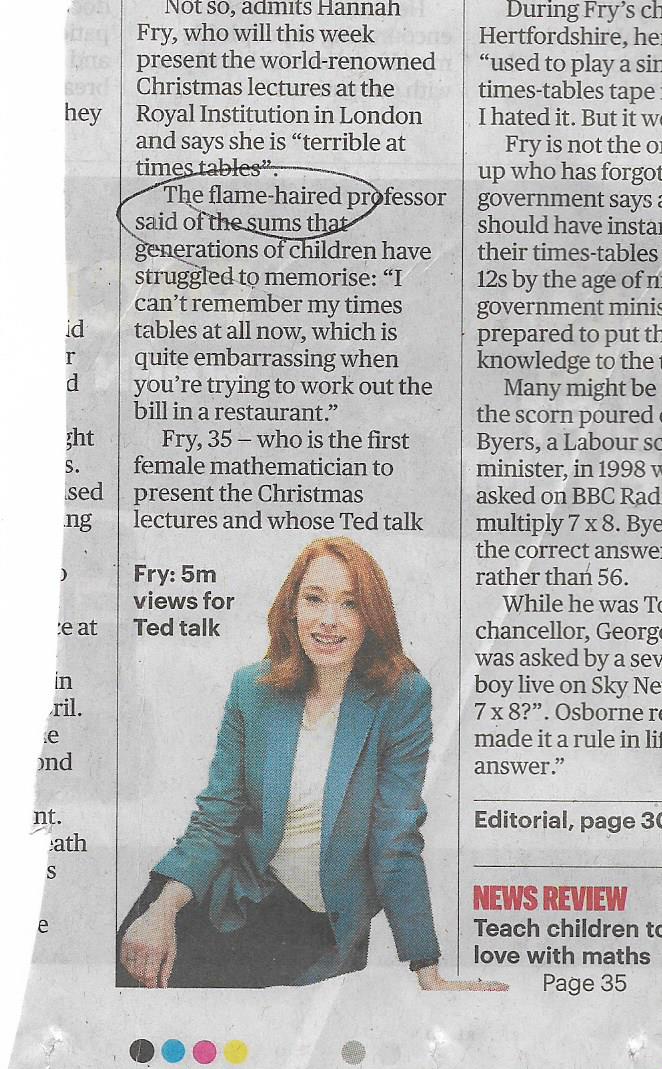 ‘Flame-haired’ is as old-fashioned as toff, cad and boffin. In any case, why refer to her hair colour? Would you say a man is red-haired? Is it surprising that a mathematician should have red hair? Unless the point of the story is her hair colour, don’t mention it.