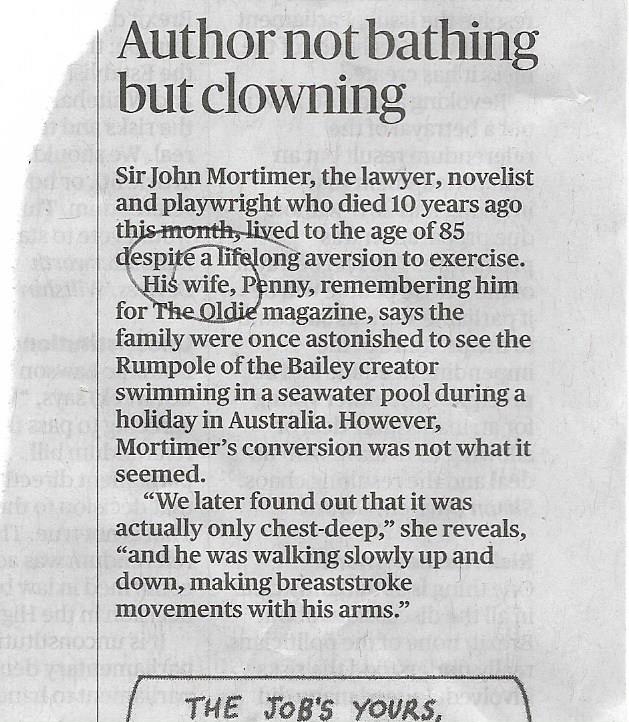 There is a  useful word for a female whose husband has died: widow.

I must say this is a fascinating story for a national newspaper. 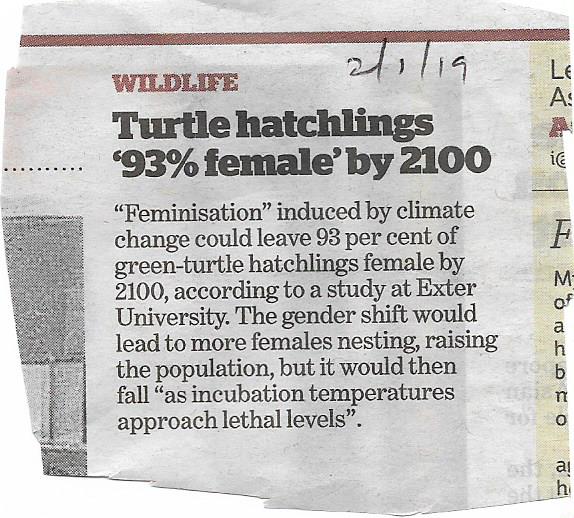 (47 words) It is obvious that the sub had not the slightest idea what this was about, and admittedly it is not the most common knowledge – but if you don’t understand what you are subbing, find out. The bit of information that is missing is that the sex of hatchling turtles is determined by the incubation temperature – higher temperatures result in females, lower in males. This is a challenge to convey in a short like this (and I would say it is the wrong choice of story for a short) but it can be done.

Here is my attempt:

Climate change could result in 93 per cent of green turtles being female by 2100, say Exeter University researchers. The sex of hatchlings is determined by temperature, with higher values giving more females. This would result in more eggs, raising the population in the short term, but too high temperatures would kill all embryos.   (54 words)