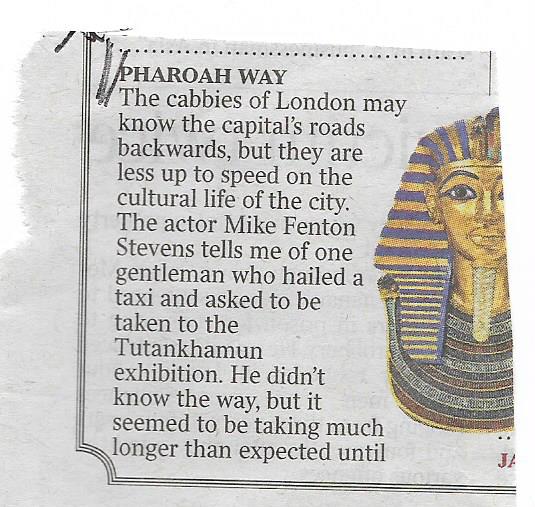 A spellcheck would have picked up the misspelling of pharaoh. 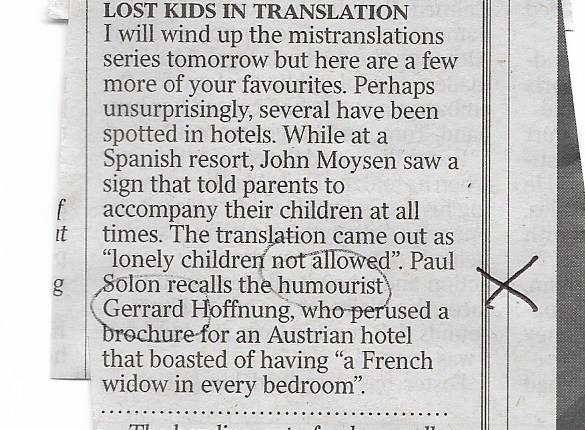 However to my dismay it would have accepted this version of ‘humorist’ from the same diary column even though in my book it is wrong, and not as far as I know considered correct by reputable dictionaries. Which goes to show that spellchecks are not infallible, or maybe they are ahead of the curve in legitimising ignorance. There can, however, be no doubt that Hoffnung’s name was Gerard, not Gerrard. Still, maybe he was wrong.

It’s good to do a conversion from dollars to sterling, but for goodness sake check the figures and make sure you have copied them correctly or you could get a nonsense like this, with Williams in second place apparently earning more in sterling than Osaka in first place. The error is in the Osaka earnings, which should be something like £28.6m.

For a start, ‘going under the hammer’ is a cliche. But how can you possibly use it in reference to a pair of spectacles? You must have your brain switched off not to be able to see the image the words conjure up.  This would be better: