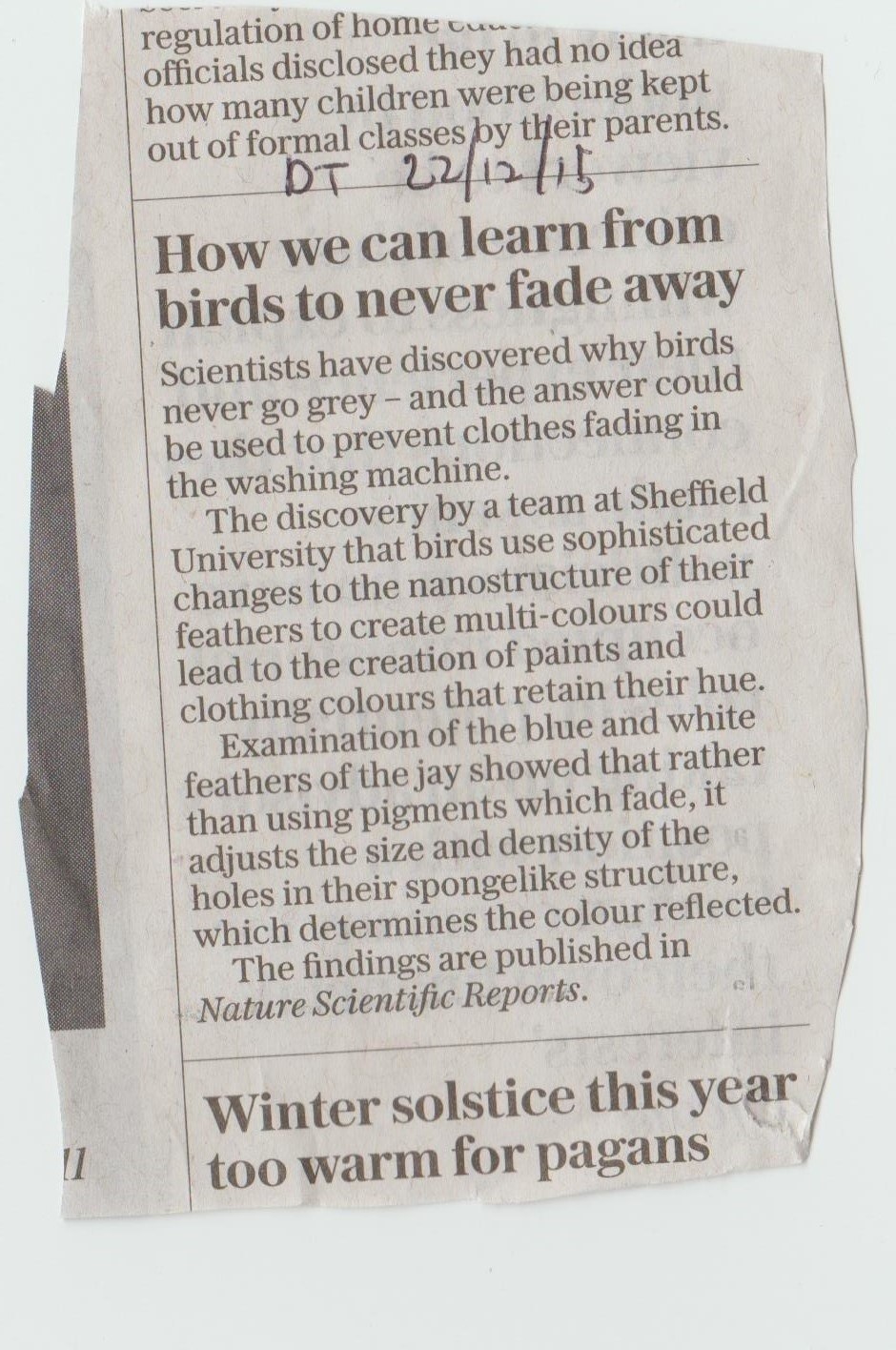 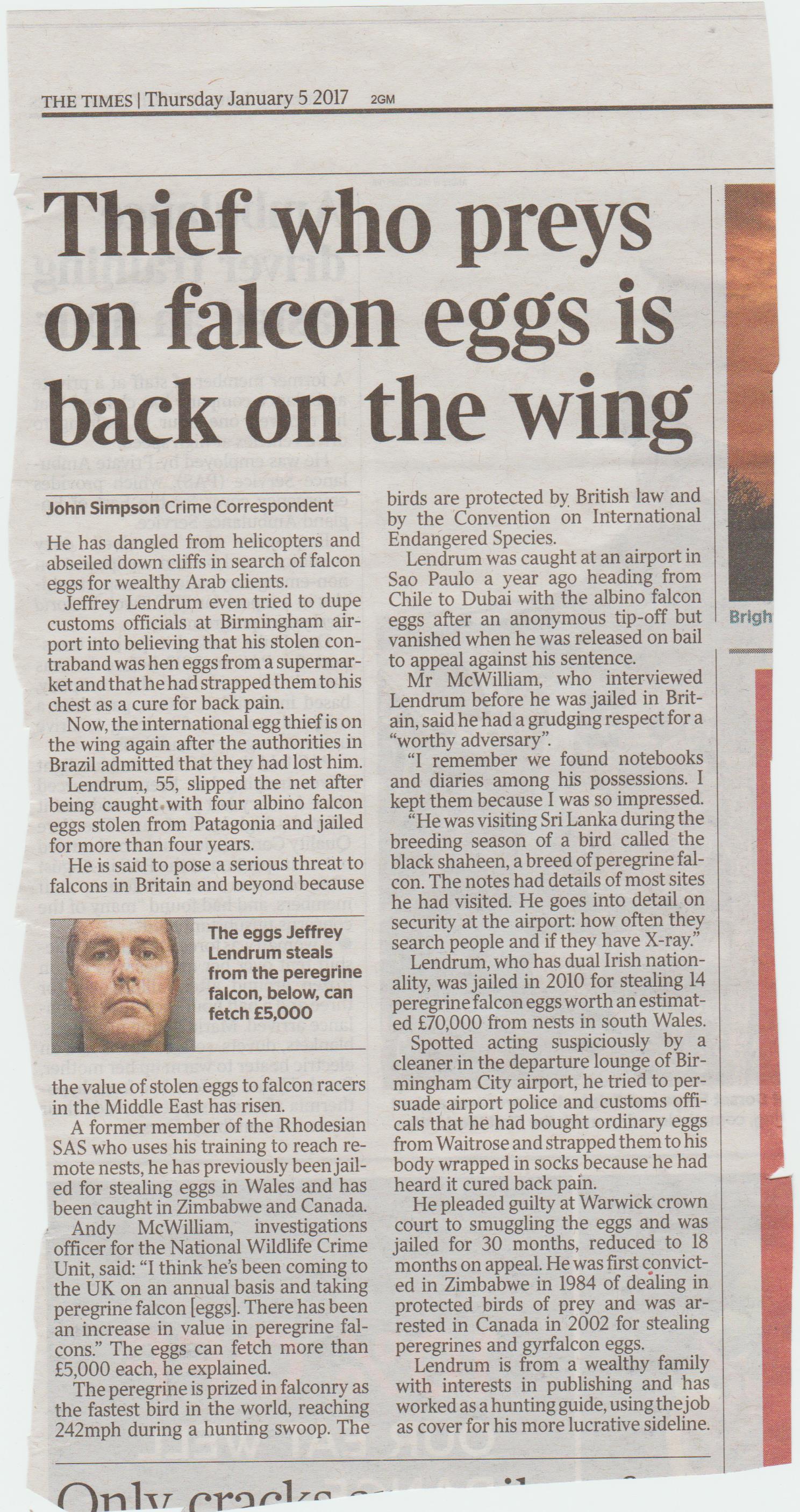 Here is a reasonably straightforward story made nearly incomprehensible with an attempt at a clever intro, an earlier court case mixed into the second par, and the omission of salient facts.

The first question the reader would ask is ‘Why does he steal the eggs and how are they worth £5,000?’ With a bit of research on the internet I learned that Lendrum was caught with the eggs in an incubator, intending to keep them until they hatched and then sell the chicks to Middle Eastern falconry enthusiasts. Just a sentence would have made the whole thing clear. Incidentally I am not saying that the sub should go trawling round the internet and writing in stuff. But if there is a hole in the story you should ask the reporter or the newsdesk to fill it. Obviously that isn’t something I could do in this exercise.

It is not clear from this story when he was jailed or when he absconded.

I don’t think ‘on the wing’ is a phrase that can be applied to humans. If you want to pursue this metaphor, ‘taken flight’ or ‘has flown’ would be more appropriate.

This is how I would tackle it, bearing in mind that I have not seen the original copy:

A convicted thief of rare falcon eggs is on the run after being sentenced in Brazil for his latest crime.

Jeffrey Lendrum, 55, is considered to be a serious threat to birds of prey in Britain and other countries. The chicks from the eggs can be worth more than £5,000 each.

The former member of the Rhodesian SAS, who uses his training to reach remote nests, sometimes abseiling down cliffs or dangling from helicopters, has previously been jailed for stealing peregrine falcon eggs in Wales, and has been arrested in Zimbabwe and Canada.

After an anonymous tip-off, Lendrum was stopped at an airport in Sao Paulo a year ago with an incubator containing four albino falcon eggs stolen in Patagonia. He was en route to Dubai, where he planned that the eggs would hatch and the chicks sold to wealthy Arab clients.

[Paragraph here about him being jailed for four and a half years last week, I think, and about him vanishing ‘when released on bail to appeal against his sentence’. Has he been in jail in Brazil all this time?]

He was spotted acting suspiciously in the departure lounge at Birmingham airport (not Birmingham City airport), and was found to have the eggs wrapped in socks and strapped to his chest. He tried to persuade police and customs officials that they were hens’ eggs which he had bought from Waitrose and attached to himself as a cure for back pain.

He pleaded guilty at Warwick Crown Court to smuggling the eggs and was jailed for 30 months, reduced on appeal to 18 months.

Ledrum is from a wealthy family with interests in publishing. He has worked as a hunting guide, using the job as cover for his lucrative sideline. (Need to bring this background up, not leave it to the last par.)

He was first convicted in Zimbabwe in 1984 of dealing in protected birds of prey, and was arrested in Canada in 2002 for stealing peregrine and gyrfalcon eggs.

Andy McWilliam, investigations officer for the National Wildlife Crime Unit, said there had been an increase in value in peregrine eggs to more than £5,000 each. (In fact the 2010 haul was valued at £5,000 each so is the line about a rise in value valid?)

‘I think Lendrum has been coming to the UK on an annual basis and taking peregrine falcon eggs,’ he said. (No need for square brackets round ‘eggs’ as in the published story. If Mr McWilliam did not use the word, his meaning is clear.)

Mr McWilliam, who interviewed Lendrum before he was jailed in Britain, admitted to a grudging respect for a ‘worthy adversary’. (You need this par to follow the previous history so that the reader knows why he is a worthy adversary).

‘We found notebooks and diaries among his possessions,’ he said. ‘I kept them because I was so impressed.

‘He was visiting Sri Lanka during the breeding season of a breed of peregrine falcon called the black shaheen. The notes had details of most sites he had visited. He goes into detail on security at the airport, how often they search people and if they have X-ray.’

This version is basically the same paragraphs in a different order with a straight intro and some corrections. I also found on the internet some interesting detail about what happened to the eggs (one chick hatched and was returned to the wild), but the sub may not have had it.

PS: The caption mentions a picture of a peregrine but this must have been removed at some point without changing the caption. As I have remarked, captions are a minefield. 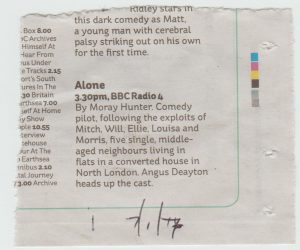 What is wrong with ‘heads the cast’? Over the last decade or so, ‘up’ has become one of the most over-used and redundant words. Examples: park up, free up, train up. Not to be confused with perfectly good uses such as ‘tie up’, but it’s always worth considering whether ‘up’ is necessary. 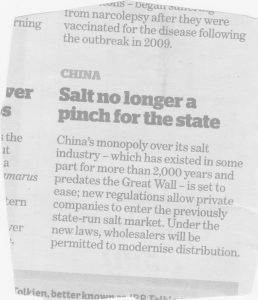 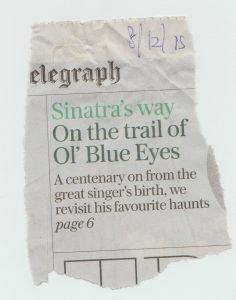 A nice example of the correct and incorrect use of ‘grizzly’ within a couple of paragraphs. The bear is grizzly, gruesome is grisly, and for good measure something horrible to do with meat is gristly.