2018 British Journalism Awards shortlist revealed: ‘This is what Dame Cairncross needs to protect’

Press Gazette is proud to announce the finalists for the 2018 British Journalism Awards for public interest journalism.

“As the Cairncross Review continues its work examining the sustainability of high-quality journalism in the UK, the work on display here provides ample evidence of the tremendous good which our industry does. And it shows the vital importance of finding a sustainable future for robust probing journalism which holds power to account in the digital age. This is what Dame Cairncross needs to protect.”

Extracts from Press Gazette on its journalism awards, October 2018

Press Gazette is the trade publication for journalists. I suppose that since standards of journalism have slipped so disastrously over the last ten or 20 years it is only fitting that the editor-in-chief of Press Gazette should display his own ignorance. When a woman is appointed Dame Commander of the British Empire (DBE) she is addressed or identified as ‘Dame Firstname’, not ‘Dame Surname’, in the same way as a man who has been knighted. Thus this reference should be ‘Dame Frances’, not ‘Dame Cairncross’. 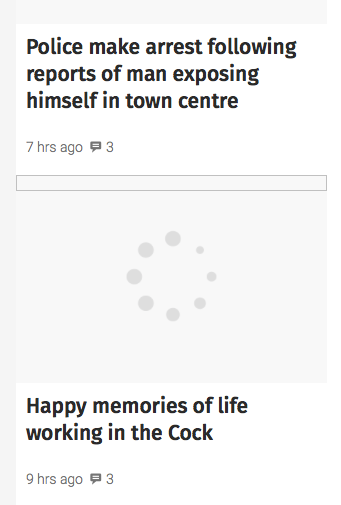 One thing subs should always be aware of is the unfortunate juxposition of stories, as here. 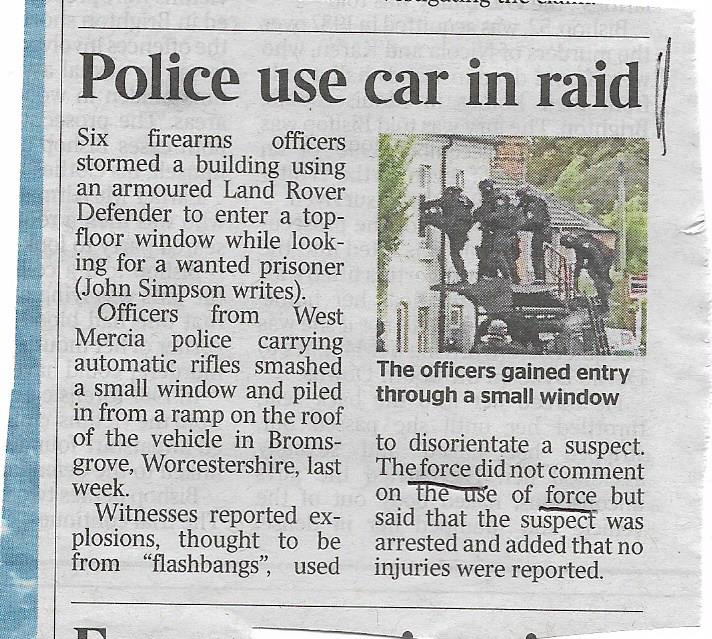 A strong contender for Worst Headline of the Year Award. How often do police not use cars in a raid? When they ride bicycles? Go on horseback? Perhaps tanks? In the old days this would be thrown back at the sub with some abuse. My attempt would be

As for the copy, anyone who does not realise  that he or she has repeated ‘force’ within nine words really should not be in the job.

Scars do not heal. Wounds heal, leaving scars, which may or may not fade. 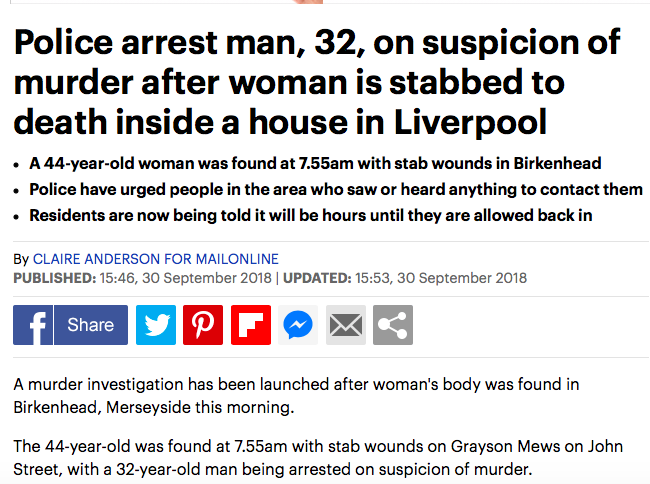 This was sent to me by a Birkenhead native, outraged that his home town is now considered to be in Liverpool. The two places are on opposite sides of the Mersey, so this is like saying that Grimsby is part of Hull, or that Portsmouth is on the Isle of Wight.

I imagine the error arose because the sub saw ‘Merseyside’ and ignorantly equated that with Liverpool. Personally I would not consider it necessary to add ‘Merseyside’ to Birkenhead. The rule of thumb used to be that if a town had a football team you did not need to give the county. Birkenhead has a football team but it is called Tranmere Rovers, and it is obviously asking far too much for a Mail Online sub to know that.