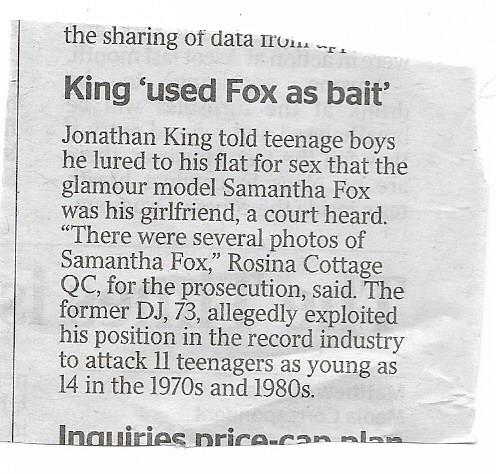 (63 words) This is almost certainly the most useless court report I have ever seen. Among the basic things you must cover are:

What court is it? (Southwark Crown Court)

When was the hearing? (Yesterday)

What is the plea? (Not guilty)

Is the trial continuing? (Yes)

Instead we get two sentences which more or less duplicate each other. The identity of the prosecuting counsel is not interesting. It baffles me how such sub-standard work can get into the paper. Is there no revising done at The Times? Or is it no longer considered necessary to do it right? Is the attitude that any old thing will do if it fills the space?