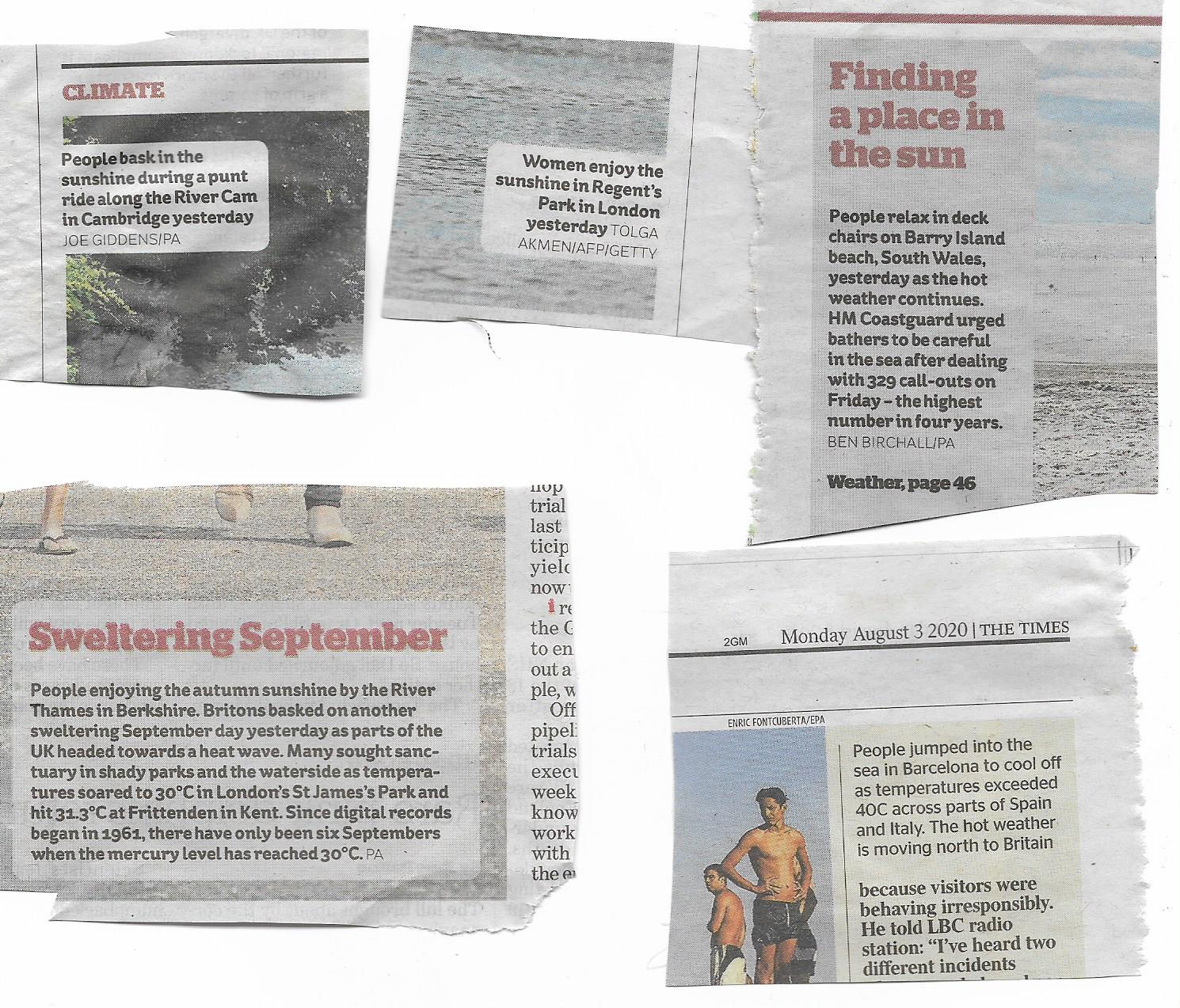 I have collected these picture captions over the last few weeks. Spot a pattern?

It can be generally assumed that a story is about people. If it is about dogs, snakes or giraffes you would say so. It is also the most unimaginative way to start a caption. It is saying to the reader ‘I can’t be bothered to do anything but tell you what you can see with your own eyes.’ There is almost always a better word than ‘people’, for example in the Times caption bottom right, you could have said ‘Swimmers’ or ‘Bathers’.  (The top right caption uses ‘bathers’ but spoils it by adding ‘in the sea’. Where else would they be?)

The top three captions employ a construction I dislike, present tense followed by ‘yesterday’. This can be avoided by using the present participle which ends in ‘ing’, so ‘basking’ instead of ‘bask’.

Captions don’t need to be complete sentences either. Just to take the top left one as an example, it could have been:

Keeping cool in the sunshine, punters on the Cam in Cambridge yesterday

(Don’t use River unless it is necessary.)