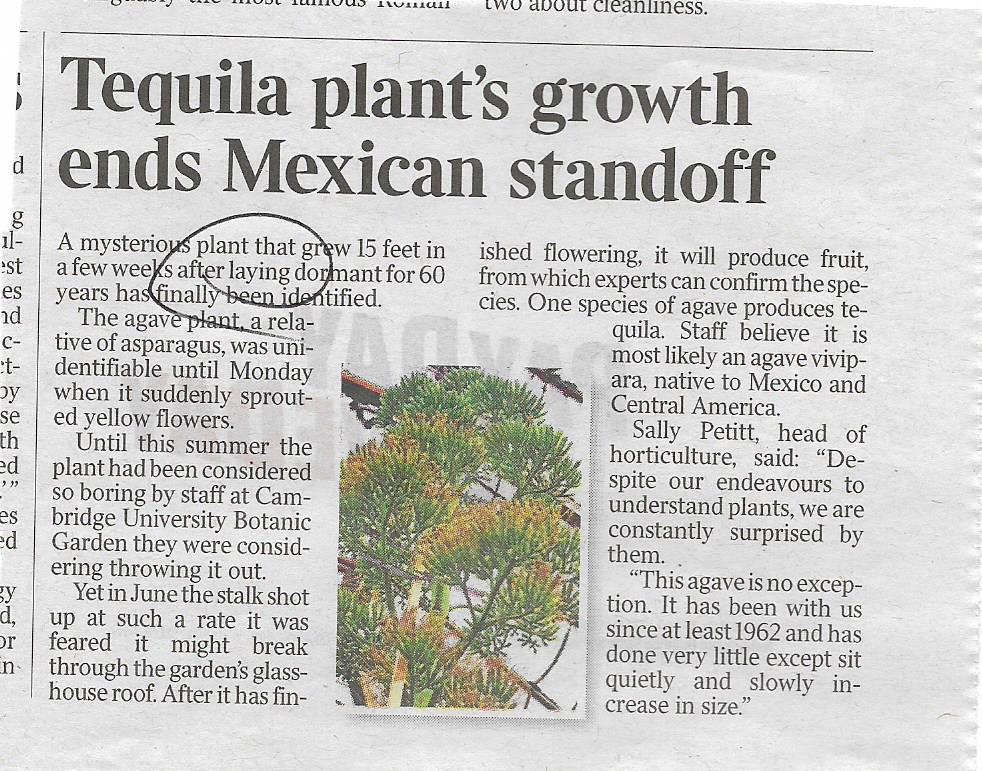 One of the clearest indicators of ignorance is getting the tenses of ‘lay’ and ‘lie’ mixed up. I am staggered that someone calling him or herself a Times journalist, and presumably accepting pay, does not know this most basic English. (By the way, it would have interesting to note that the plant will die after flowering, but I suppose that is too nerdy. The last thing a smart young person wants to admit is to having some general or scientific knowledge.)

This is my Style Matters entry, not that it will filter through to the moron who put ‘laying’ instead of ‘lying’.