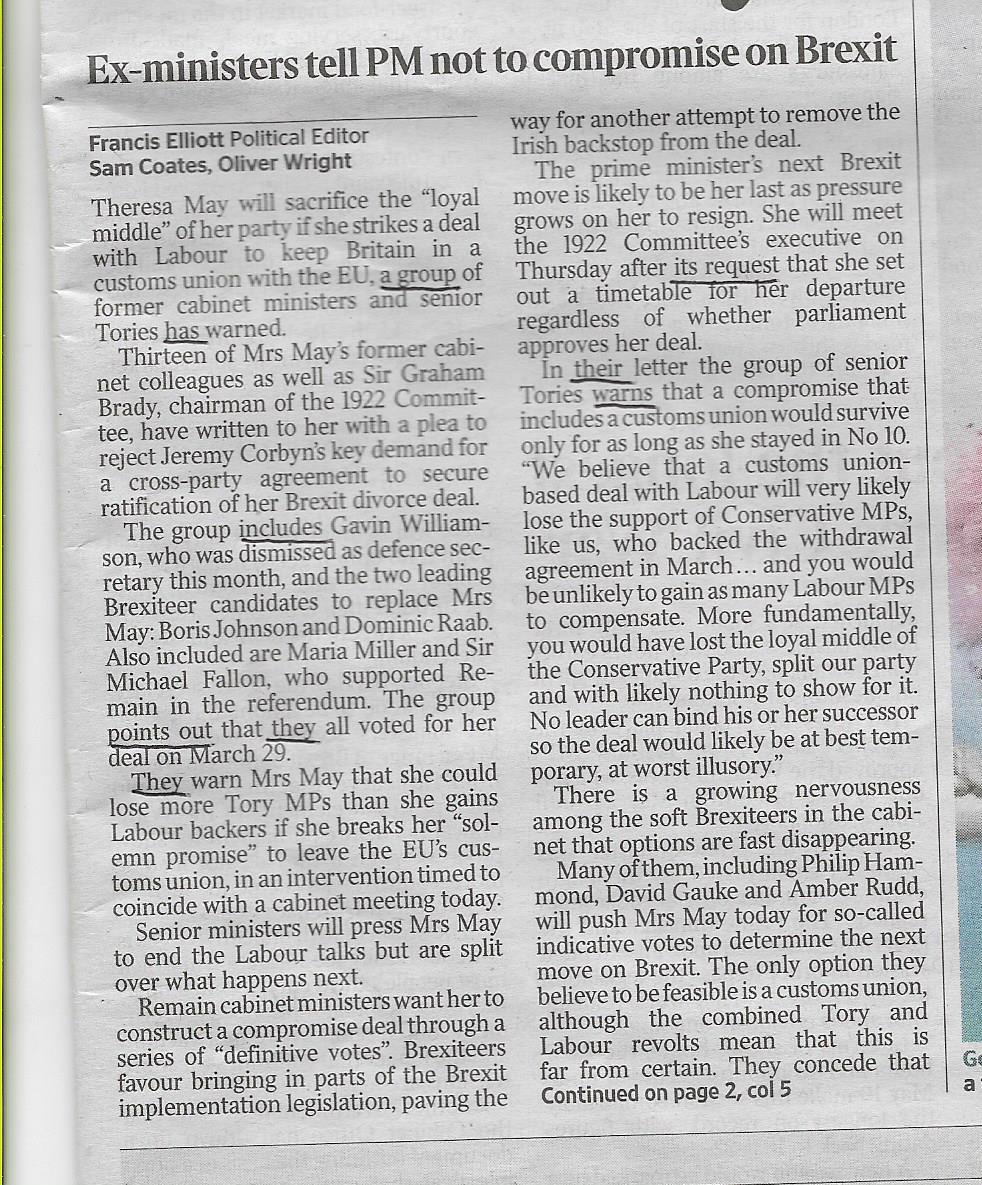 It can be hard to decide whether to make a group singular or plural. My feeling is that the larger the group, the easier it is to define it as singular eg ‘the audience was delighted’. As you get to smaller groups, they become more obviously composed of individuals and plural feels better. And I don’t think you can possibly say ‘a couple is’. I would suggest that it makes life easier to go for plural every time. (Sports teams are traditionally plural.) Anyway, the cardinal rule is that you make a decision about singular or plural and stick to it. This rule has been manifestly ignored here, with uncomfortable results.

They remain plural at the start of the fourth par.

In the second leg we turn to the 1922 Committee which starts out as singular (‘its’). In the next par we see ‘In their (plural) letter the group of senior Tories warns (singular) . . .’