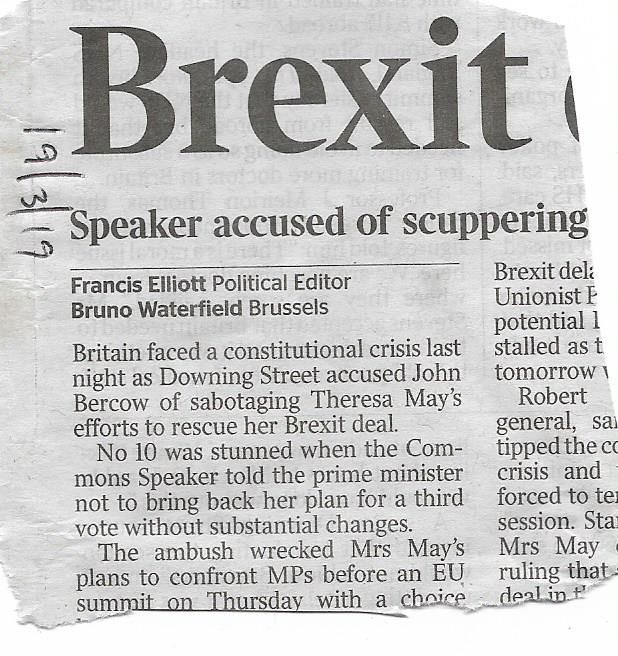 There remains a widespread but wrong belief that putting ‘last night’ in an intro makes it sound immediate. Maybe this was the case when newspapers were the main source of information but in these days of 24-hour news it sounds archaic. In any case, unless something spectacular  happened overnight, if Britain was facing a constitutional crisis last night, it will still be facing it today.

This intro should be on these lines: