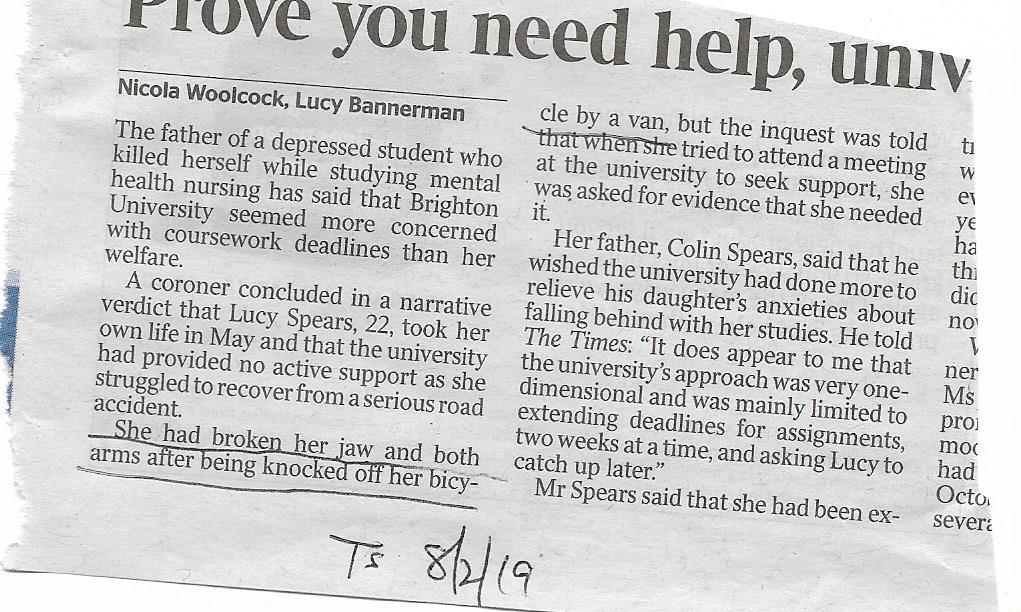 I have mentioned before that ‘after’ does not mean the same as ‘when’, quoting this genuine example: ‘A woman whose face was almost torn off after she had a riding accident . . .’ This suggests that she fell off her horse, then someone came along and attacked her. The piece above goes further and suggests that the poor girl was knocked off her bicycle and then broke her own bones. She did not do it, it was done to her. Not active but passive. It is so simple if you have a little bit of brain and can speak English: ‘Her jaw and both arms were broken when she was knocked off her bicycle by a van’.