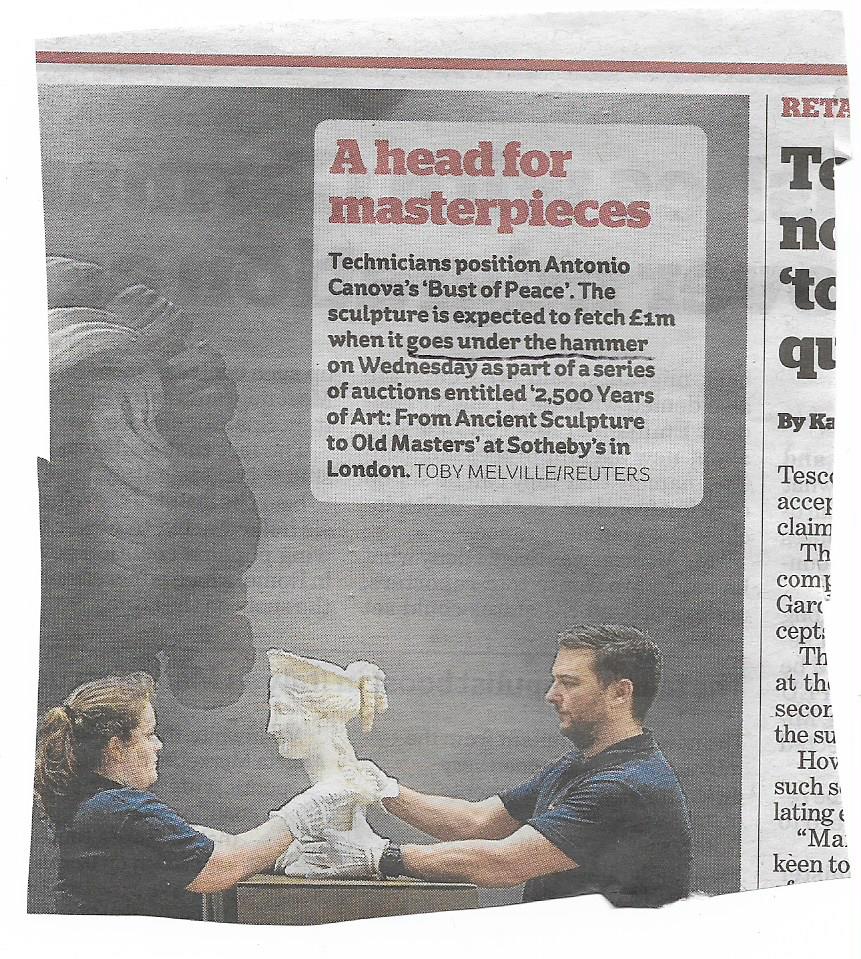 (44 words) A requirement of subbing is that you give at least a cursory consideration of the words you are sending from your screen, even it means looking away from social media or card games for a moment. ‘Under the hammer’ is not only a cliche which I must have seen 10,000 times in stories about auctions, but when you are dealing with something fragile such as a sculpture it conjures up an obvious silly image.

This could have said ‘when it is auctioned’ and ‘series of sales’.

It would also have been more interesting to say that the work had just re-emerged after being forgotten for 200 years than giving the tedious name of the series of sales.

And what does that headline mean? Anything at all?

Forgotten but
still worth £1m

A sculpture last seen in public 200 years ago is expected to fetch £1million when it is auctioned at Sotheby’s in London on Wednesday. Antonio Canova carved Bust of Peace for his British patron Lord Cawdor but its origin was forgotten as it passed down the family. (47 words)