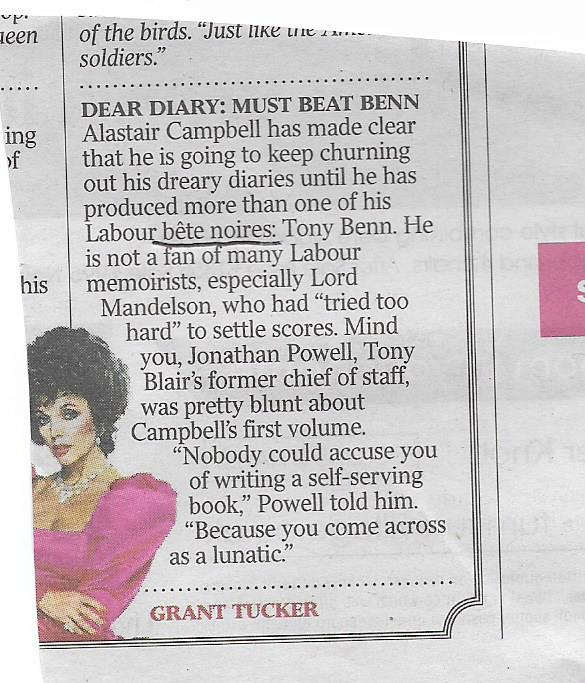 Once, the Times had a reputation to uphold, and I dare say anyone committing this blunder would have been sacked. The strange thing is that the accent is right. In French, you pluralise both the noun and the adjective, so bêtes noires. I would put a foreign phrase in italics.

This is rubbish. A musical note is a particular pitch, and it is the same whether it is played on a piano, a piccolo or sung.  There is no such thing as a ‘piano note’. The interval between notes, to signify higher or lower pitch, is measured in ‘semitones’.  Looking at the original research, the women’s voices were lowered by 1.3 semitones, which is a bit more than the interval between two notes (is this research significant enough to report?) Anyway, the point is that the person who handled this obviously had not the slightest idea what he or she was talking about and should have sought advice.

I would have left out the ‘more than one piano note’ from the intro, as well as ‘after pregnancy’ – being a new mother by definition comes after pregnancy. Using the word ‘claimed’ makes it sound as if you are not sure you believe them.

They speculate that the change might be an attempt to sound more authoritative, or it could be driven by hormones.