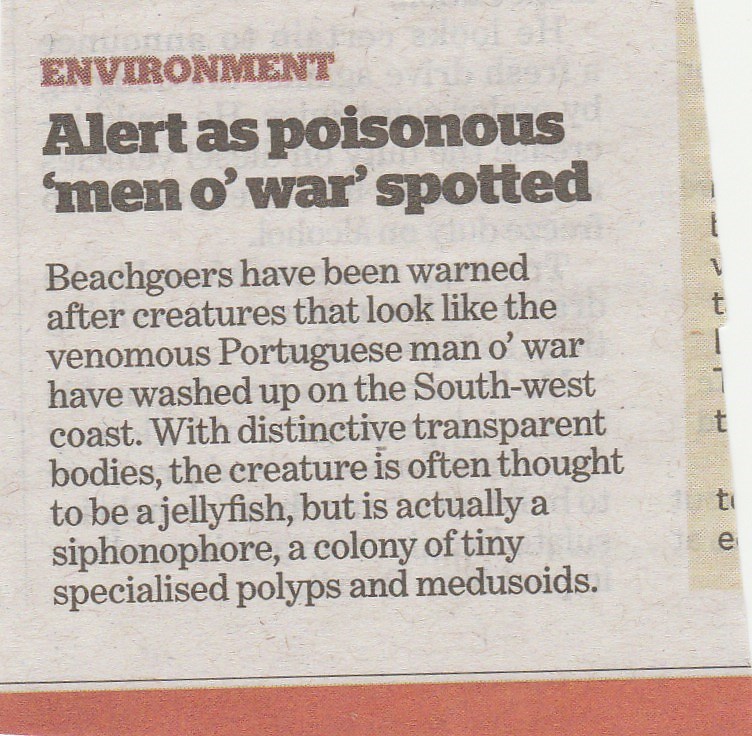 This is annoying. Here is someone making a good attempt to be accurate and explain that a Portuguese man o’ war is not a jellyfish but a colony of different animals. It’s not perfect, mixing singular and plural in the second sentence, repeating ‘creature’ and possibly giving too much technical detail, but it’s creditable. Two days later this appears: 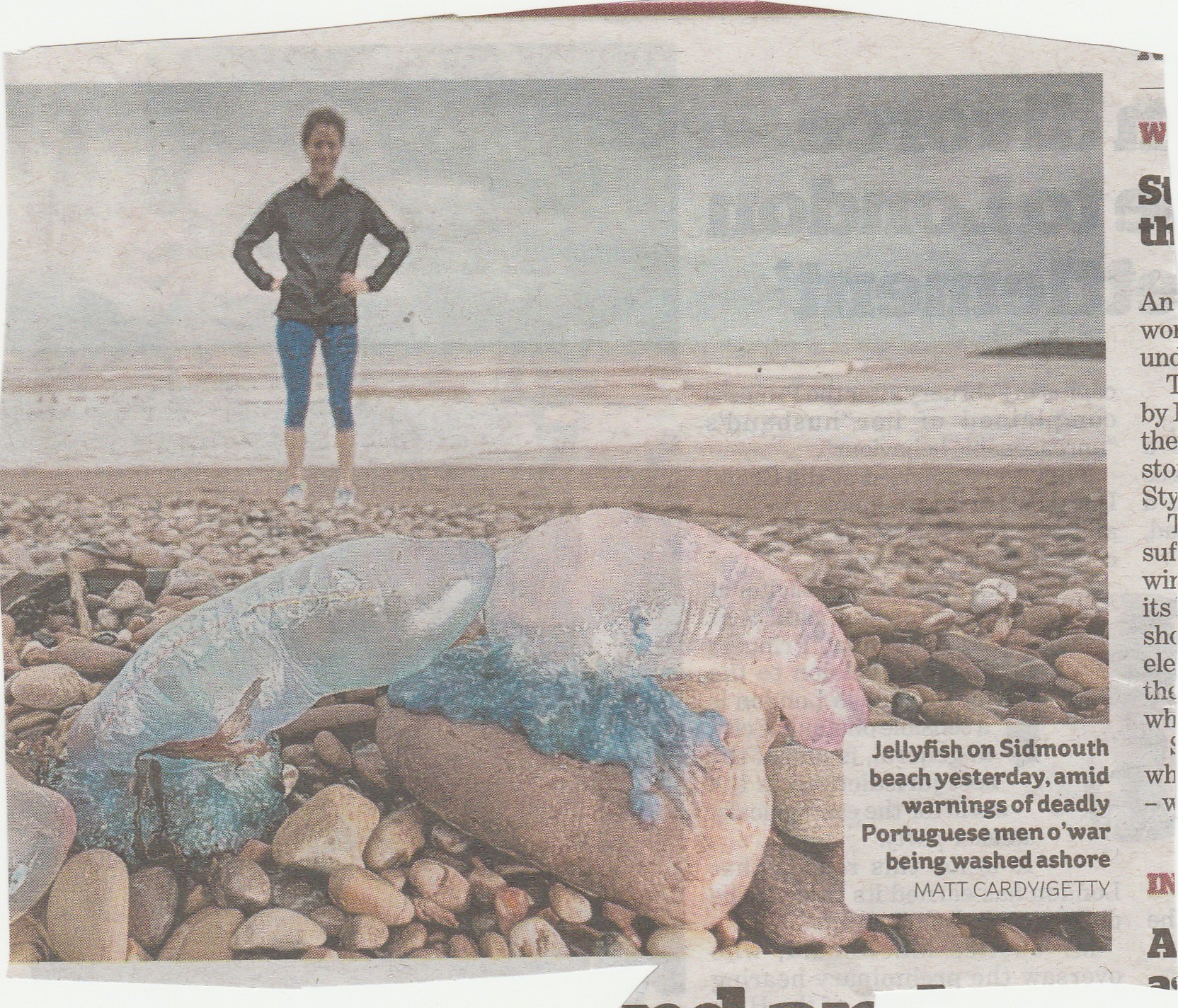 These are plainly Portuguese men o’ war, which as we have been told on Monday are not jellyfish. Has it become cool to be ignorant? Even if the photographer has not captioned the picture correctly, how hard is it to check what a man o’ war looks like? Incidentally their stings are painful but very rarely lethal, and only to those with allergy problems.

PS A very useful comment has been posted on this.