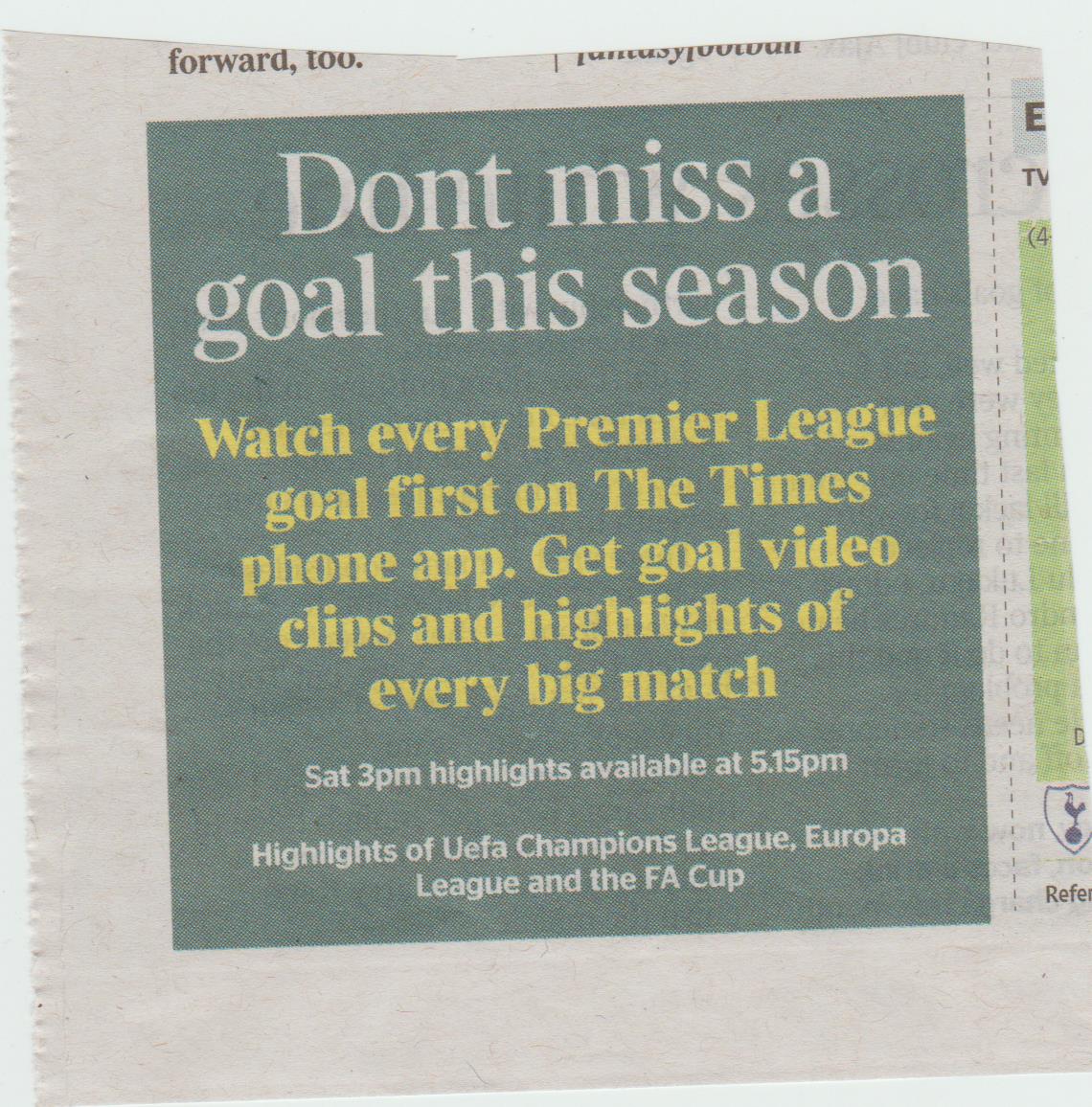 You cannot rely on promotions departments to be accurate about punctuation, spelling or grammar, which why house ads must always be checked to avoid howlers like this making the paper look silly.

Is there a human brain involved here? If you are previewing a black-and-white film, it is simply stupid to illustrate it with a colour picture.

All these cuttings come from the Daily Telegraph dated September 5, 2017

Of course this should be ‘let the cat out of the bag’. It is clumsy to give some words in a heading the definite article and not others, and here there was plenty of space to make it ‘the Duchess’. 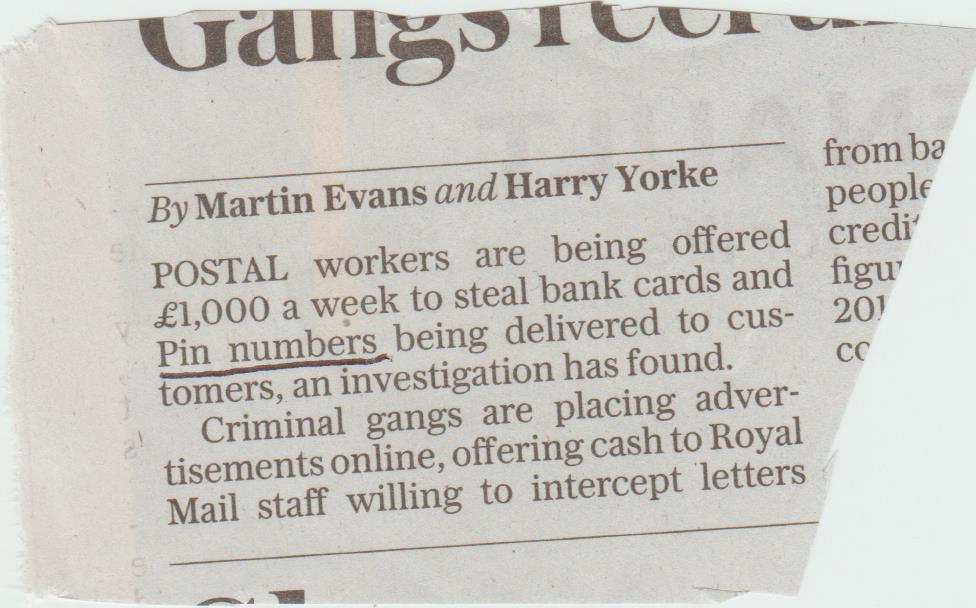 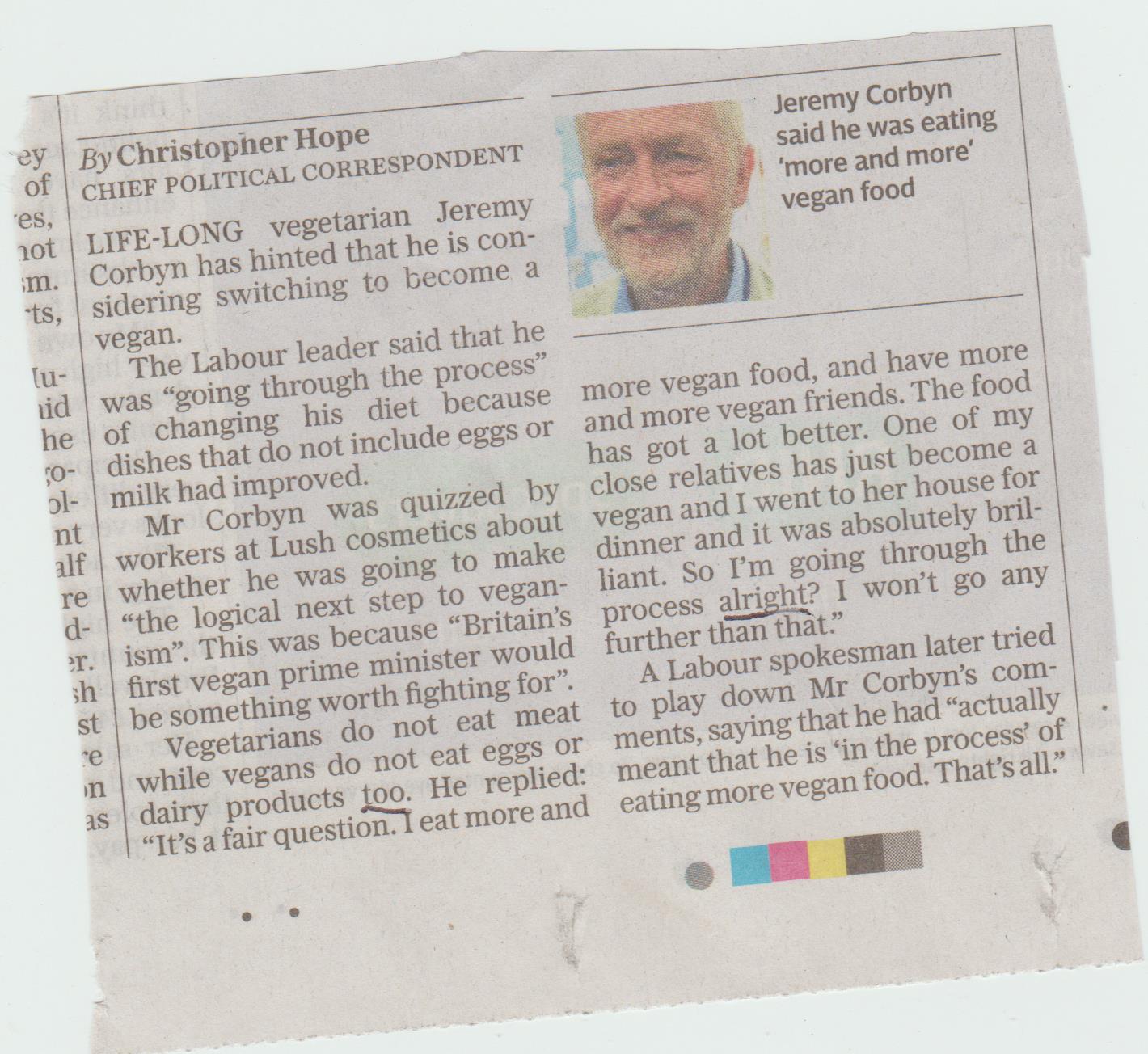 The word ‘too’ should be ‘either’. The correct spelling of ‘alright’ is ‘all right’, notwithstanding the TV programme It’ll Be Alright on the Night or the Who’s track The Kids are Alright. These are both wrong. It is fascinating to see that this story was deemed worthy of the efforts of the Chief Political Correspondent. It might have been better to disguise the fact that this was his work by putting Daily Telegraph Reporter. 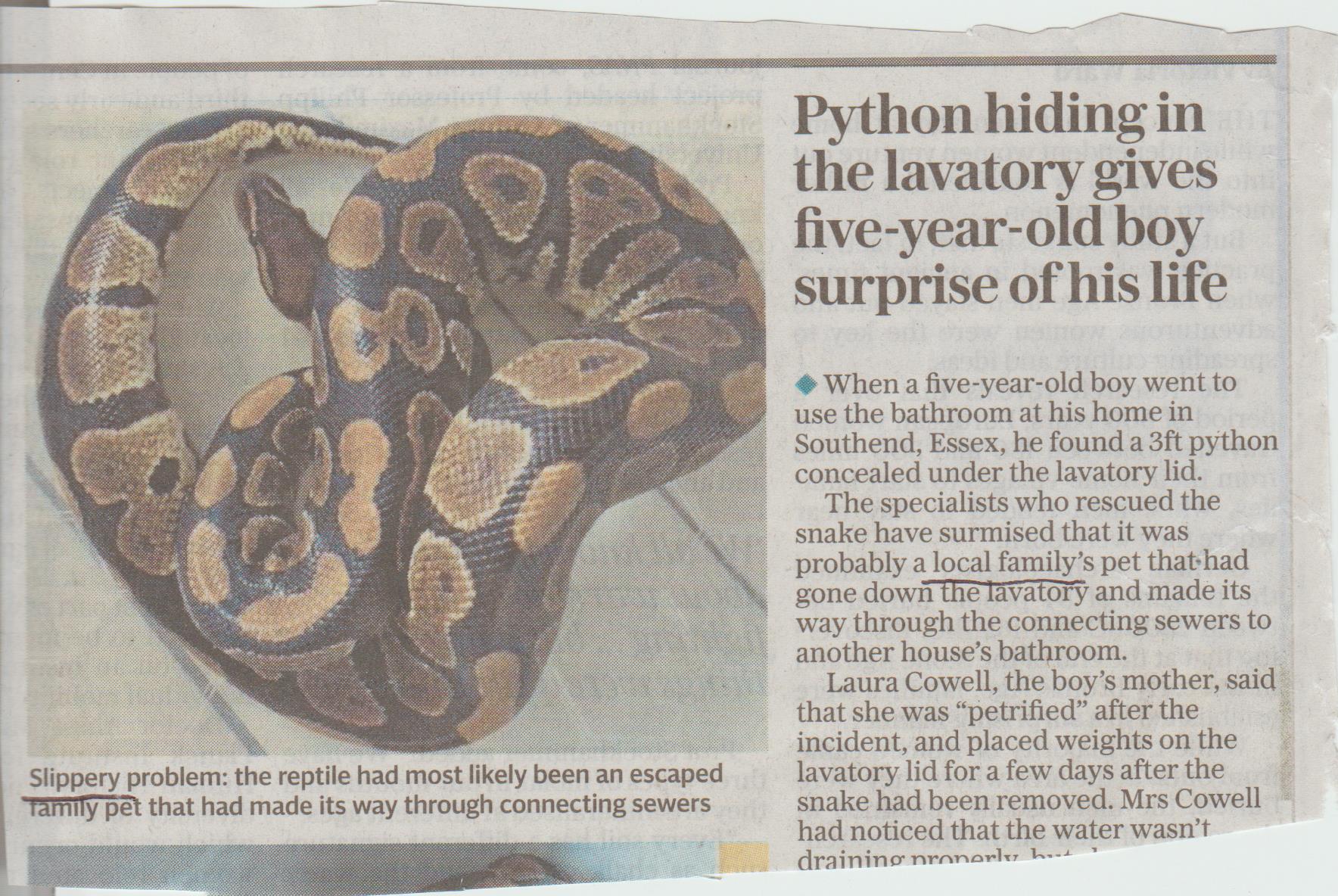 Here we have a typically lazy, knee-jerk caption on a snake – as anyone who has handled one knows, they are not in the least slippery, but rather rough and dry. The use of the pluperfect ‘had been’ is wrong: the caption is not describing an event that happened before the story, so the past tense ‘was’ is correct. It must be obvious that it came from a ‘local’ address, but why should it be a family pet? Do single people not have pets? It would have been better to use ‘neighbour’.

What a strange order to put things in. The couple married and had a dog? And the children are not mentioned until the last par?

I would have said:

In 1948 she married Ralph Eichhorn, a gastroenterologist. They had two children.

I would have left out the dog altogether. 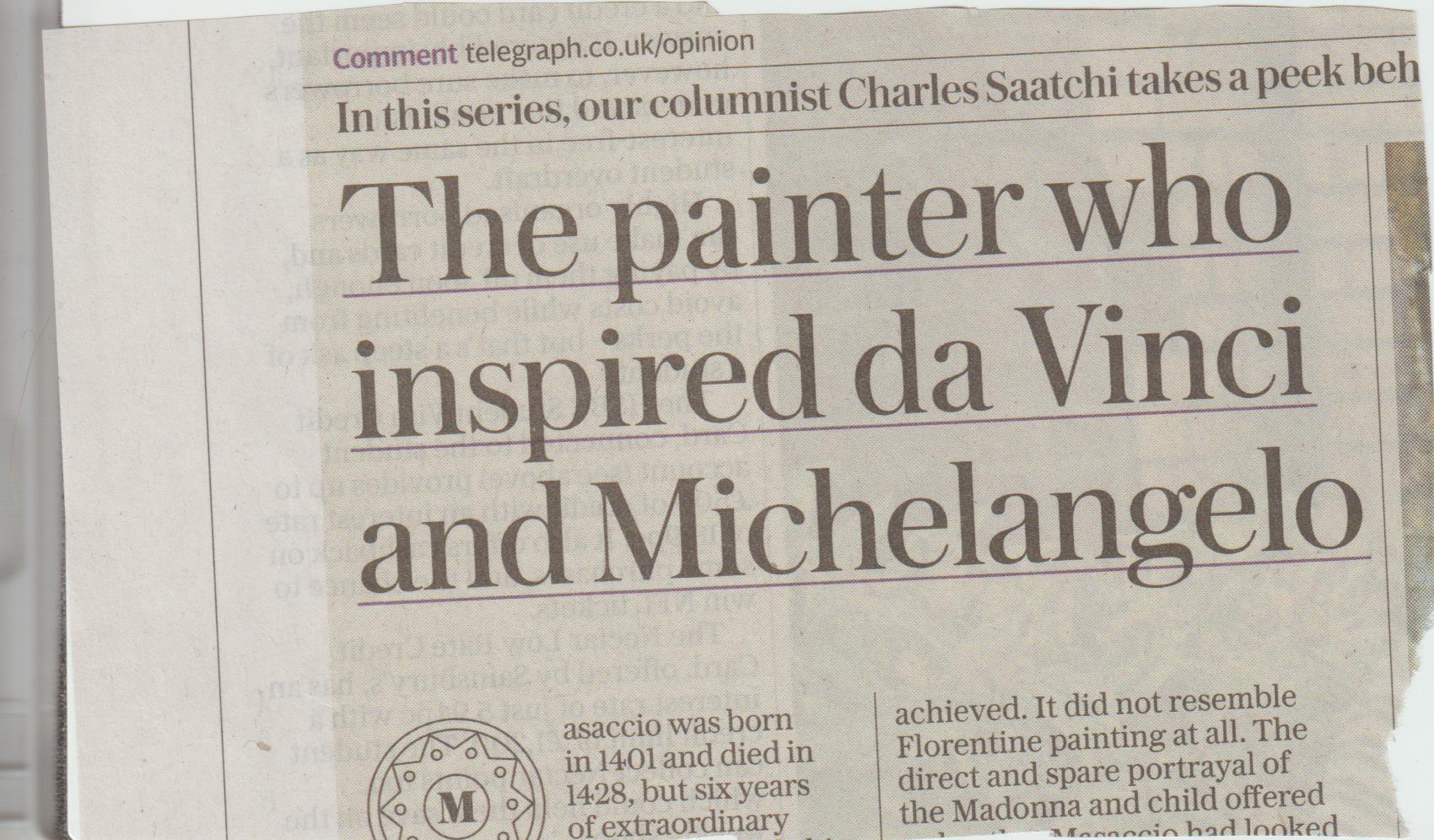 The painter Leonardo da Vinci should be referred to as Leonardo if you are not giving the full title, because ‘da Vinci’ simply means ‘from Vinci’, his home town. It is not a surname. Obviously Dan Brown did not know this when he wrote The Da Vinci Code. 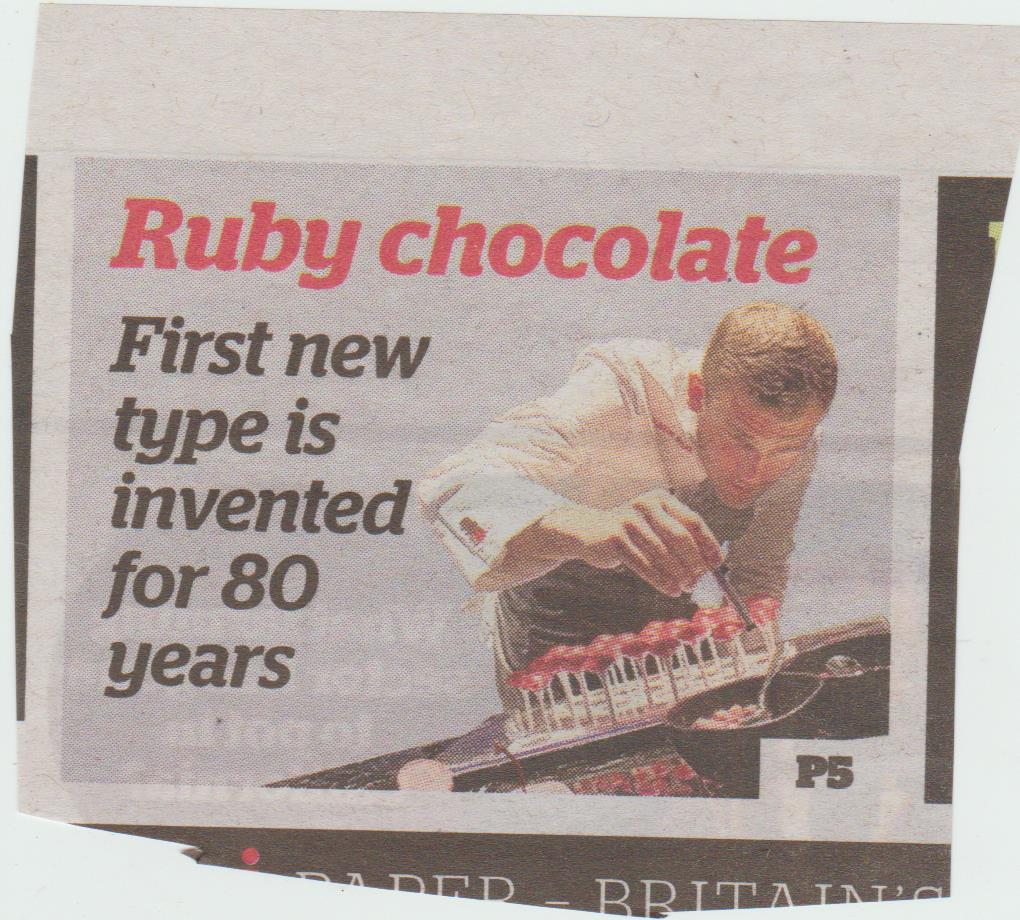 The first requirement of a front-page puff, or indeed any headline, is that the words are in the right order. You can’t just chuck them in at random to fit the space. In any case, the puff should be designed to fit the words. I would suggest:

and use a picture to suit. 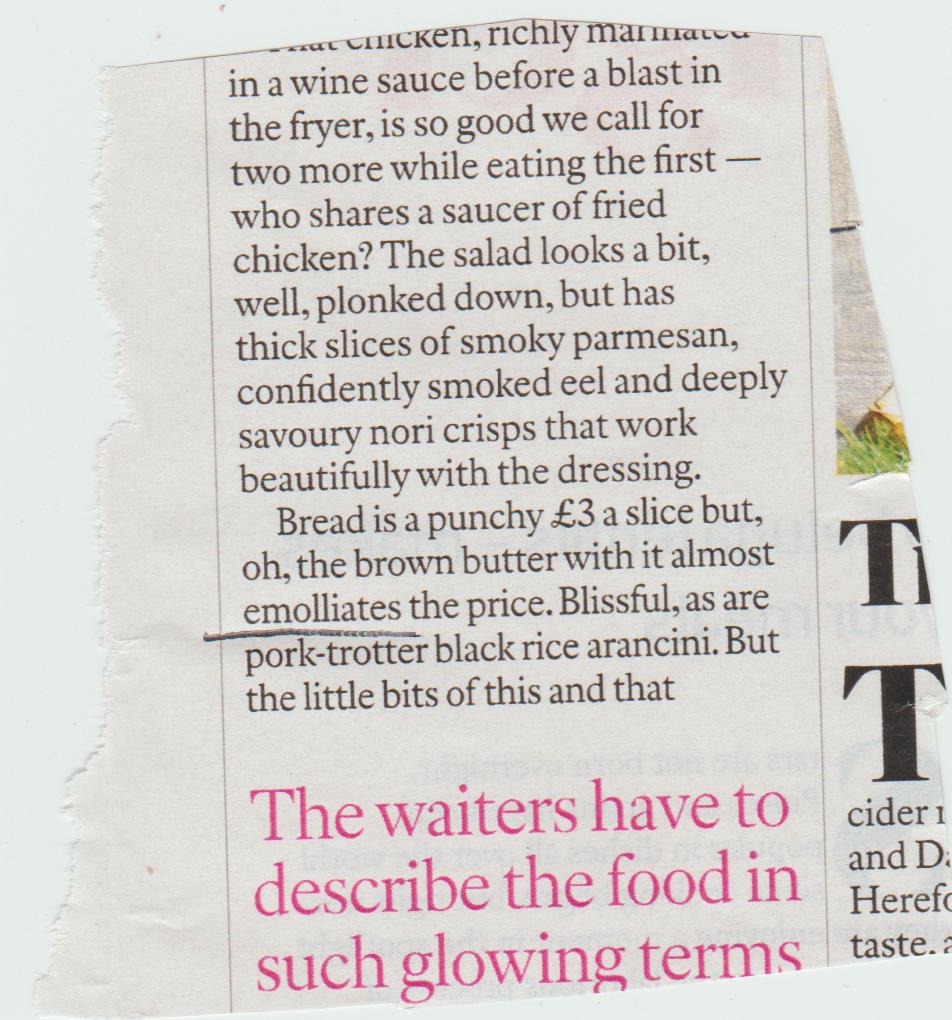 Yet another restaurant critic who feels compelled to use an obscure word to show her superiority to the rest of us, then falls flat on her face. ‘Emolliate’ means to soften, as in weaken or make effeminate. The best word I can find is ‘mitigate’ but she might have been better to say that the butter ‘softens the blow’. 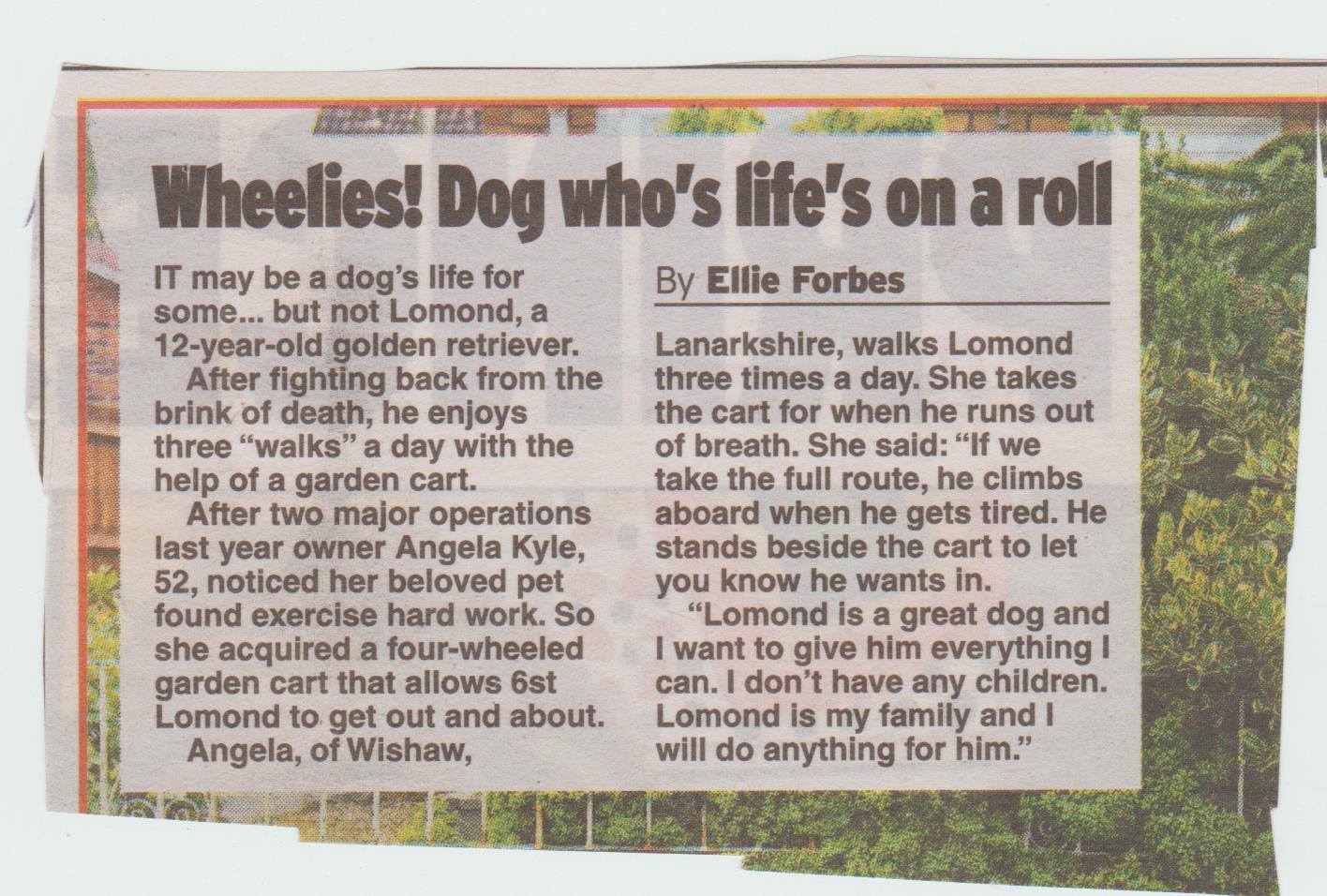 As almost everyone knows, ‘who’s’ is a contraction of ‘who is’ or ‘who has’, while the word required here is ‘whose’, the possessive of ‘who’. It turns out that, assuming one person writes a headline and another checks it, there are at least two individuals on the Daily Express who don’t understand this. They should hang their heads in shame.