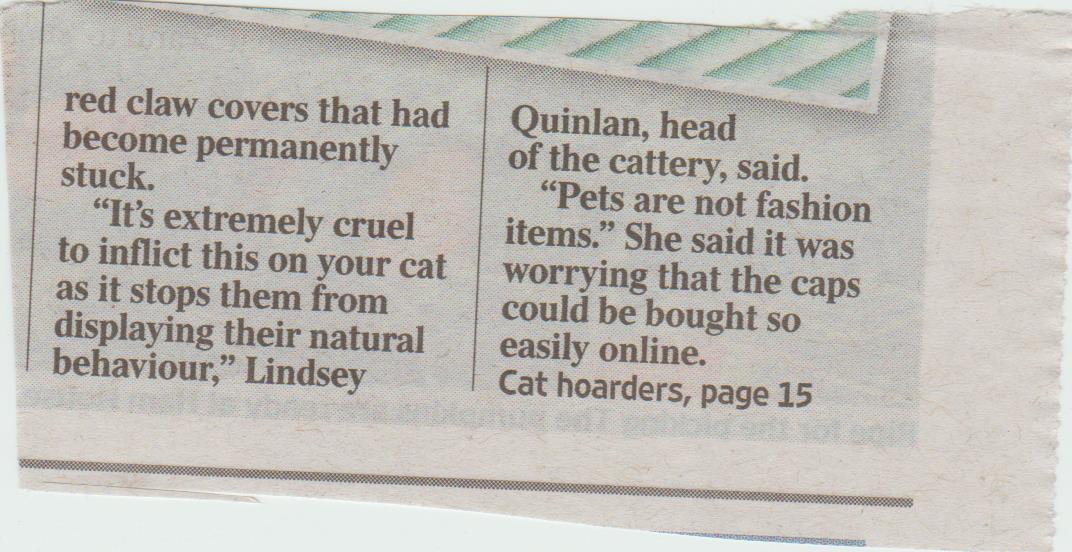 Another shortlisted entrant in the Worst Intro of the Year So Far contest. What have ancient Chinese practices got to do with putting caps on a cat’s claws? Nothing.

This would have been my first few pars:

The trend has been popularised on social media, and some owners are apparently buying caps to match their own nail varnish.

The caps, which were originally intended to stop cats scratching furniture, are sold on Amazon and elsewhere for as little as £8, and are glued on to the claws.