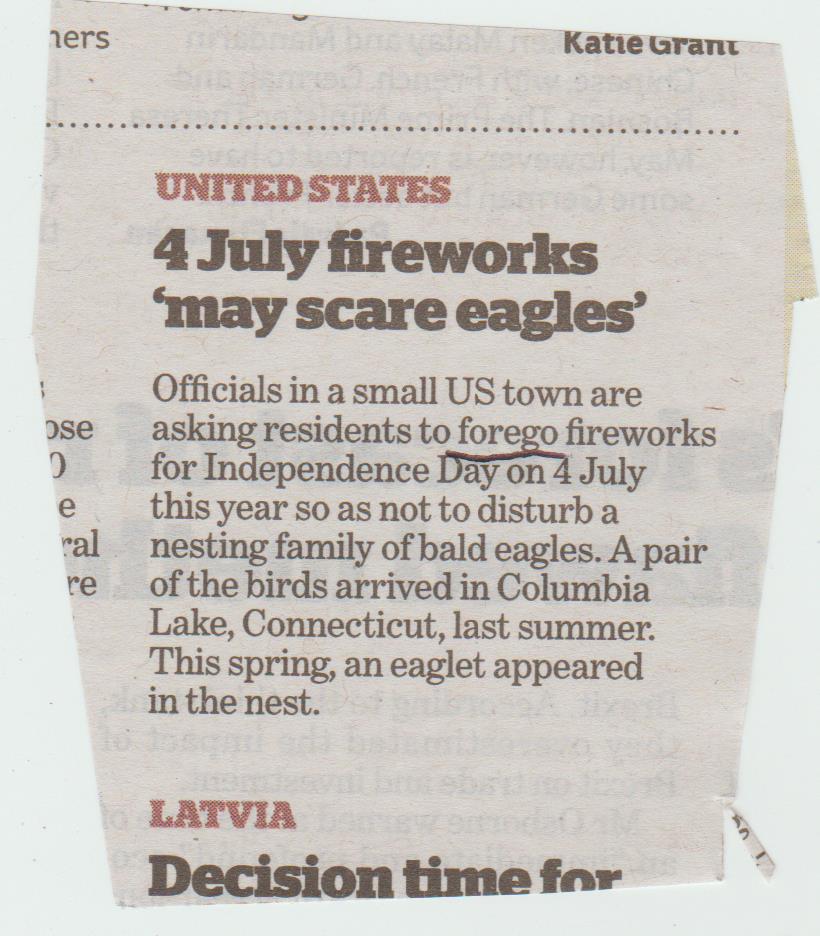 ‘Forego’ means ‘to go in front of’, as in ‘the foregoing paragraph’. The word needed here is ‘forgo’, meaning ‘to do without’.

You don’t need to append ‘this year’ to 4 July. No one would suppose it means next year rather than next week.

‘So as not to disturb’ is clumsy. ‘To avoid disturbing’ is better.

This is an odd sentence: ‘This spring, an eaglet appeared in the nest’. Is the i newspaper suggesting it arrived by magic, or that someone placed it there? What is wrong with ‘This spring they hatched a chick’? (I think chick is more appropriate than eaglet for a hatchling.)