Why is it called ‘panda of the sea’? Why use this picture? It could be almost anything in the cetacean line. And what an unreadable way to start a story: ‘Critically endangered vaquitas . . .’

The Times did it right: 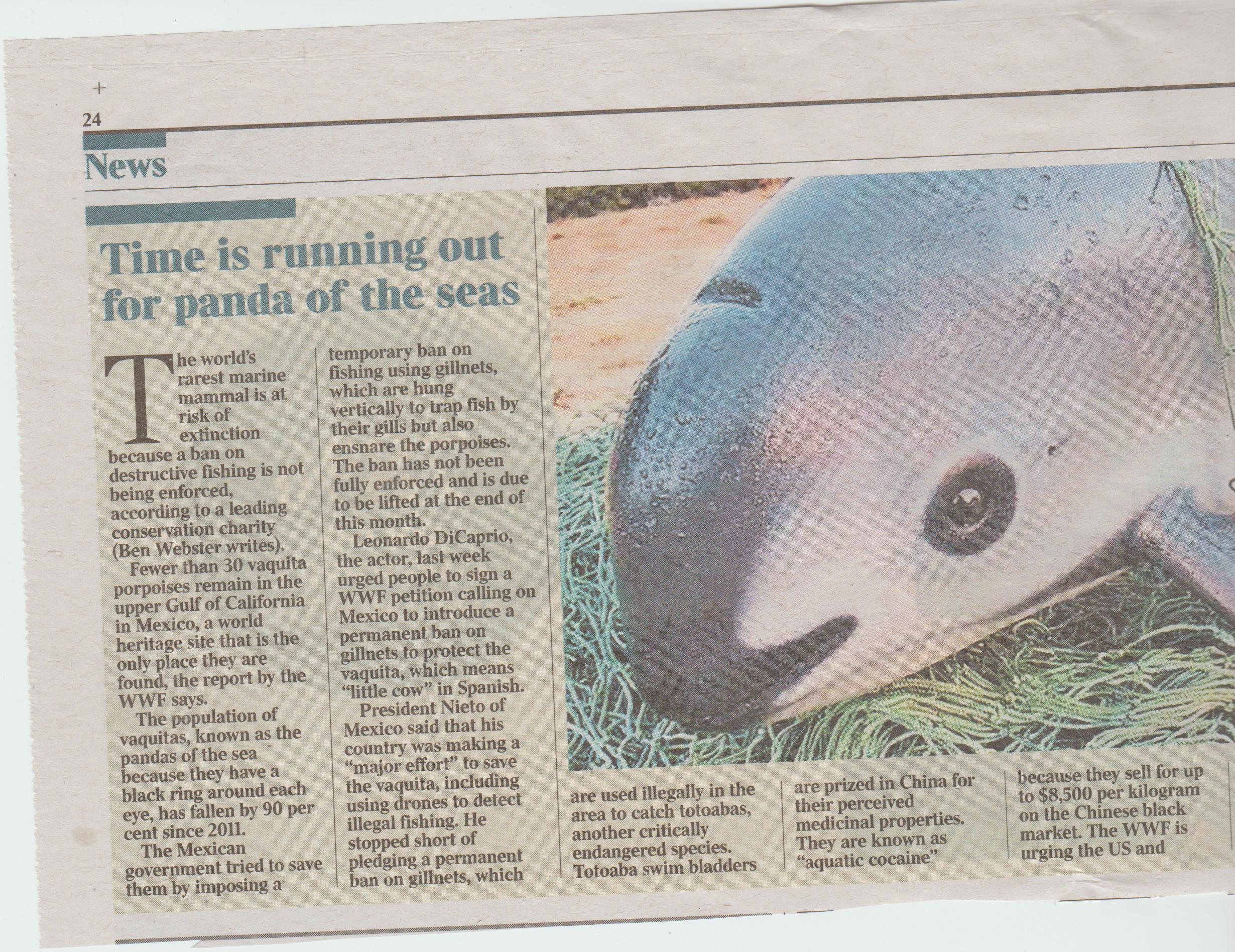 The picture shows the porpoise’s distinctive face pattern, and the intro is miles better, not giving the obscure name until it has established what kind of animal it is. The Times, rightly, has also put in the intro that it is the rarest marine mammal, which the i does not mention until the third paragraph.