Birds do not give birth. They lay eggs, which hatch. It would be better to say ‘Wisdom, the world’s oldest known seabird, has become a mother again in her seventh decade.’ I would lose the line about being the oldest breeding bird in the wild to avoid repetition. Anyway, how can this be stated as fact? In the third par from the end, I would say ‘albatrosses’ rather than ‘albatross’. And in the last par, is it really necessary to point out that an albatross is large? 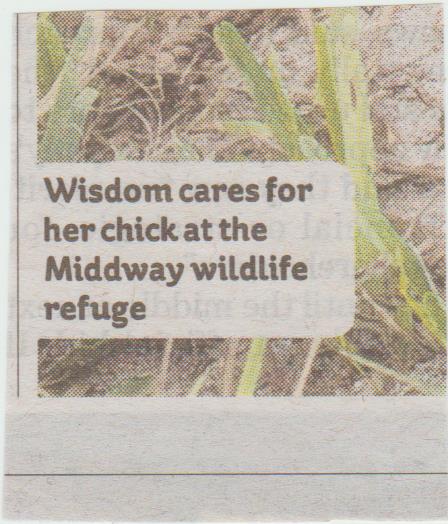