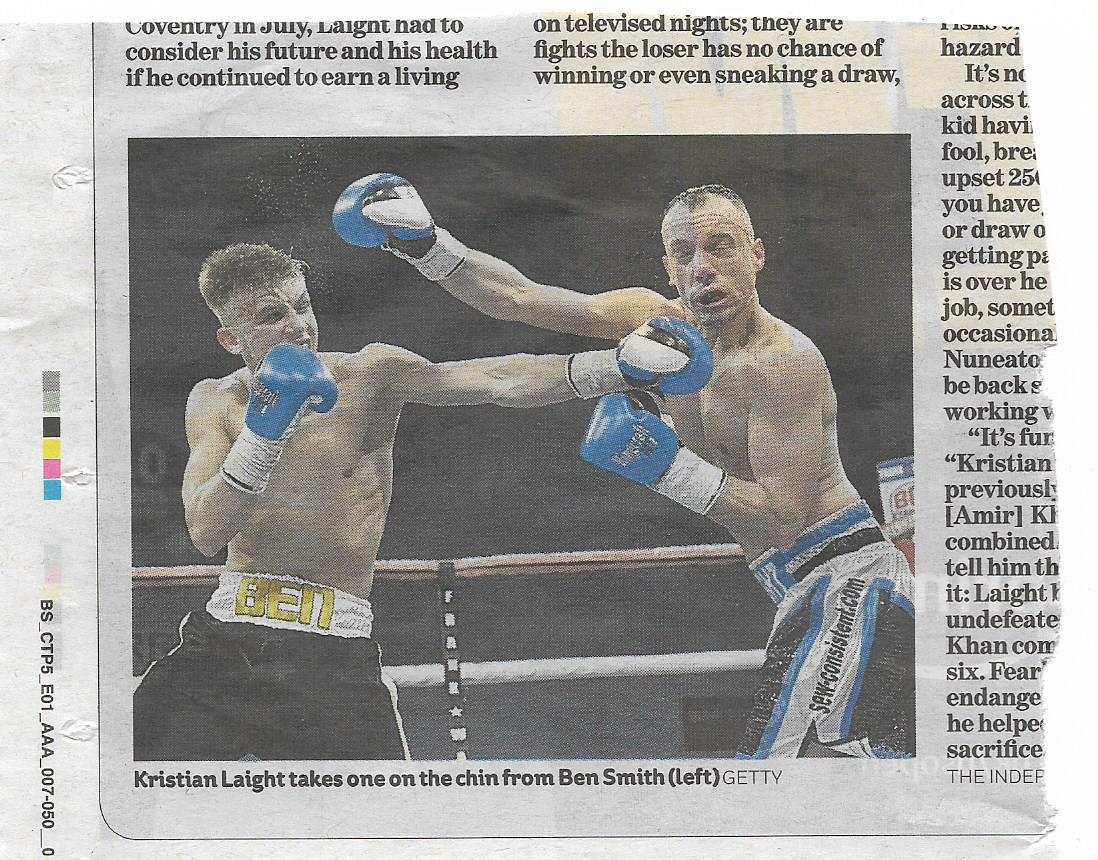 While it is good practice to give the reader information in a caption, you must give him or her credit for a bit of intelligence. You really do not need to point out which boxer is landing the punch.

Drugs, weapons and mobile phones are among the items snuck into jails, says the Observer.

‘Snuck’ is an American way of saying ‘sneaked’ and I find it a very ugly word.  In any case I think it exists only in the active voice, eg ‘the man snuck into the garage’, not the passive voice which is used here. Really, ‘snuck’ should be avoided in every possible circumstance.

This is my entry on active and passive voices from Style Matters: